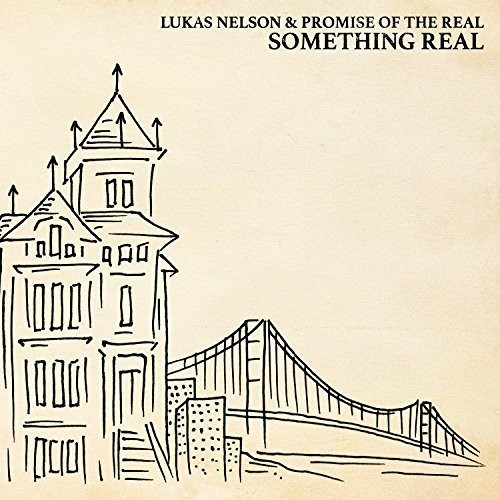 On the new album, Something Real, Lukas Nelson & Promise of the Real takes us further down the path they have been blazing since 2008, when Lukas Nelson and drummer Anthony LoGerfo met at a Neil Young concert and began laying the groundwork. Now the band, with percussionist Tato Melgar, Lukas's brother, honorary member and guitarist Micah Nelson, and bassist Corey McCormick, have reached a point where the past and present have fused into one extraordinary personality songwriters, musicians, and riveting onstage performers. Lukas Nelson & Promise of the Real have introduced a bunch of muses to each other and locked them into an imaginary room to spend some wild time together. Something Real is what came out of that room once the party had ended one vision, rich in its influences, unique and irresistible. Something Real explodes with a 21st-century urgency.