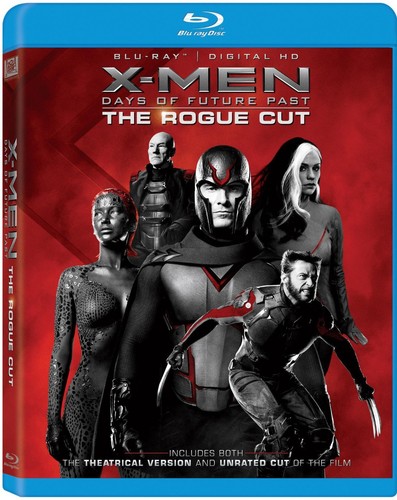 In order to prevent a grim future in which mutants and their human sympathizers are systematically hunted and killed by towering, unstoppable robots called Sentinels, Wolverine Hugh Jackman travels back in time to change the course of history in this sequel that finds X-Men and X2: X-Men United director Bryan Singer returning to the helm. The film opens in a dark and desolate future that was set in motion in 1973, when brilliant scientist Dr. Bolivar Trask Peter Dinklage created a series of giant robots called Sentinels for the sole purpose of wiping out mutants, whom he claimed were a direct threat to the human race.

Although initially programmed solely to target mutants, the Sentinels soon began eradicating humans who possessed the DNA to breed mutants, and eventually, any mortal mutant sympathizers. Desperate, Prof. Xavier Patrick Stewart and Magneto Ian McKellen devise a plan to have Kitty Pryde Ellen Page send Wolverine back to the year when Mystique Jennifer Lawrence assassinated Trask -- it turns out that Mystique inadvertently accelerated the Sentinel program when she was subsequently captured by Sgt. William Stryker Josh Helman, who succeeded at harvesting her DNA to make the robots more powerful than ever before. Upon arriving in the past, Wolverine quickly seeks out a much younger Charles Xavier James McAvoy, as well as Beast Nicholas Hoult and Quicksilver Evan Peters, and together they help break a young Magneto Michael Fassbender out of a heavily fortified prison cell hundreds of feet beneath the Pentagon. Meanwhile, with the help of Havok, Ink, Toad, and Spike, Mystique is already moving in for the kill. Although Wolverine, Beast, Charles, and Magneto manage to thwart the assassination, Charles and Magneto once again find themselves at odds after the latter attempts to alter the plan at the last moment, creating a mass panic during a post-Vietnam War peace summit in Paris. And Dr. Trask, still fuming from having had the Sentinel program rejected by Congress, takes his proposal directly to President Nixon Mark Camacho, laying the groundwork for an even darker future than the one Wolverine was sent back to prevent.

With a never-before-seen, alternate cut of the film*-plus 90 minutes of all-new, immersive special features-the X-Men: Days of Future Past Rogue Cut takes you deeper into the X-Men universe than ever before. Rogue makes her return as the all-star characters from the original X-Men film trilogy join forces with their younger selves and unite to battle armies of murderous Sentinel robots who are hunting down mutants and humans alike!