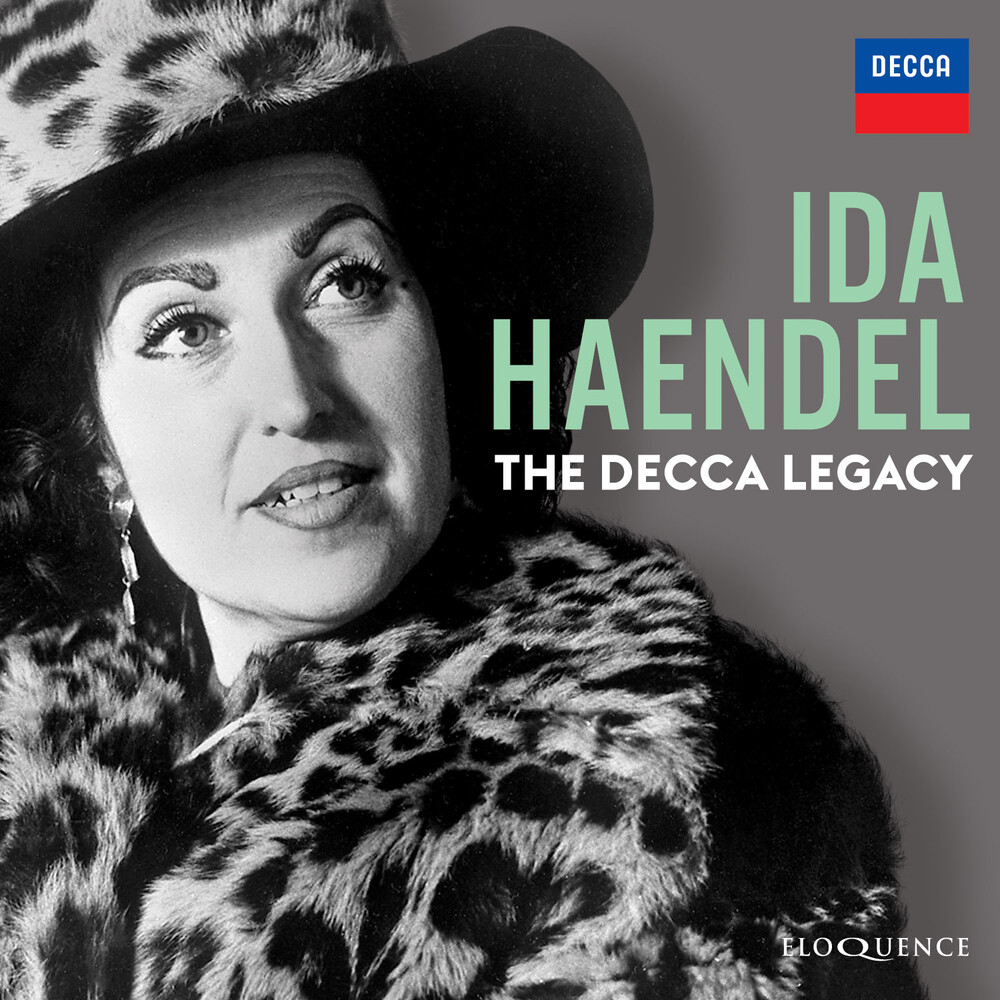 A tribute to the late Ida Haendel, comprising her complete Decca Recordings (1940-1997), newly remastered, as well as her performances at the 1982 Huberman Festival. Lavishly illustrated, Original Jackets, Limited Edition. On her death in July 2020, obituaries worldwide paid glowing tributes to the effervescence of the violinist Ida Haendel, in both her playing and her person. Both with and without her bow, she captivated listeners and fellow musicians such as the cellist Steven Isserlis: 'She spoke through her violin, proved herself through it, lived within the music she made. She was a marvel, an icon; each note she played was the result of total conviction - and as a consequence was totally convincing. She had been groomed from the beginning to be a star - and a star she was.' It is those prodigious early years that enjoy belated attention in this new box of Haendel's collected Decca recordings. Her first recordings date from 1940, when Haendel, in her early teens, was accompanied by a fellow Polish Ă©migrĂ© Adele Kotowska in showpieces and encores. Her reputation in the UK had been secured by accomplished debuts at Wigmore Hall and the Queen's Hall Proms. Decca confidently invested in her promise, and were rewarded with albums that were consistently acclaimed for the violinist's warmth and depth of tone and virtuoso temperament, but also liveliness of musical response to a wide variety of repertoire, from a Schubert sonatina to violinistic fireworks by Kreisler and Sarasate. Haendel was soon paired with an equally brilliant young pianist, Noel Mewton-Wood, for a spry reading of Beethoven's Eighth Sonata, and then with Ivor Newton for more demanding modern repertoire such as Stravinsky's Divertimento and BartĂłk's Romanian Folk Dances. Her recording career continued to flourish after the war with several well-received concerto discs of Mendelssohn, Tchaikovsky, Saint-SaĂ«ns and DvorĂˇk: all made for 78s and long unavailable until the new remasterings by Mark Obert-Thorn in the present collection. However, despite the excellent reviews, Haendel's father elected to sign a contract with EMI and she ceased recording for Decca in September 1947. Haendel's return to the label had to wait almost 40 years, but a 1996 recital with Vladimir Ashkenazy of modern classics from eastern Europe - Szymanowski, BartĂłk and Enescu - had critics and listeners alike marveling at her longevity and undimmed technical command. As well as a live account of the Sibelius Concerto from Israel in 1982 and a spoken memoir from the producer Evans Mirageas, this tribute is significantly enhanced by a previously unpublished late recording: Vaughan Williams's The Lark Ascending, from 1997, with the London Philharmonic and Sir Roger Norrington, originally intended for release within a Vaughan Williams symphony cycle. A work new to Haendel's relatively slender discography, this will attract the attention of violin-lovers everywhere.