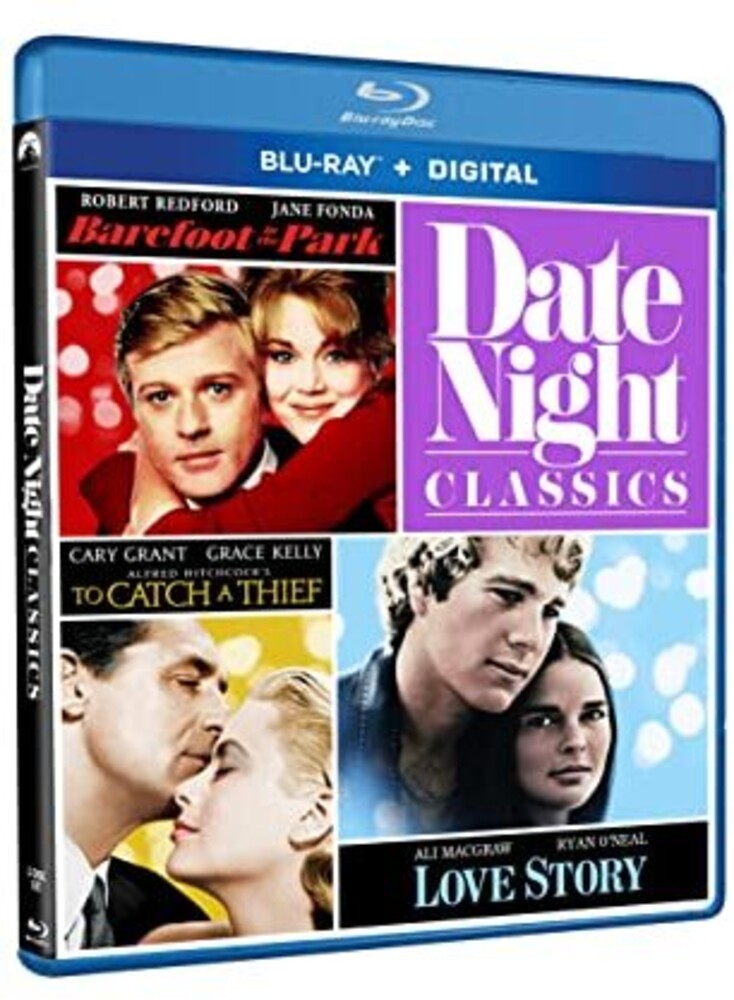 Three-disc set includes: To Catch A Thief (1955)Cary Grant is John "the Cat" Robie, a suave ex-burglar whose life of ease along the French Riviera is torn asunder when a new string of robberies is committed with his trademark style. Can Robie prove his innocence, or will a beautiful heiress (Grace Kelly) lure him back into a life of crime, in Alfred Hitchcock's seductively stylish thriller? With John Williams, Brigitte Auber. 106 min. C/Rtg: NR Barefoot In The Park (1967)The first screen translation by Neil Simon of one of his own Broadway plays was this light comedy that portrayed married life in a fifth-floor walk-up apartment in New York City. Can young newlyweds Corie (Jane Fonda) and Paul Bratter (Robert Redford)-with vastly conflicting personalities (she's a free spirit, he's a stiff-shirt lawyer)-get past their differences and live happily ever after? Mildred Natwick, Charles Boyer, Herb Edelman also star; Gene Saks directs. 105 min. C/Rtg: NR Love Story (1970)Ivy League tearjerker based on Erich Segal's novel stars Ryan O'Neal as Oliver Barrett IV, a well-healed Harvard pre-law student who falls in love with Jenny Cavalleri (Ali MacGraw), a foul-mouthed, working-class girl. But Oliver and Jenny must endure one tragedy after another when Oliver's father (Ray Milland) denies him access to the family fortune, and Jenny is diagnosed with a fatal illness. With John Marley and Tommy Lee Jones (in his film debut); directed by Arthur Hiller. 99 min. C/Rtg: PG