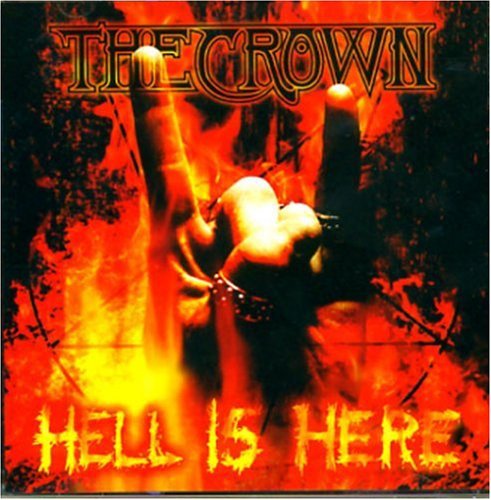 Hell Is Here
Artist: The Crown
Format: CD
New: Not in Stock
Wish

Originally, Crown of Thorns formed back in 1990 as a primitive Death/Thrash/Grindcore act, but it was first in 1992 that they made their first public appearance on a local compilation CD. In 1993, Crown of Thorns recorded "Forever Heaven Gone" demo that impressed the right-kind of people who invited them to play at the Hultsfred Festival along side such luminaries like the Ramones, Iggy Pop and Entombed. This led to their debut CD "The Burning" that featured old demos and new material. After changing their name in '98 to the Crown, they hit road for awhile and found themselves. This is their latest release, Hell Is Hear, an interesting little album with all new songs about death, darkness, destruction, revolution, violence, mystery, Satanism, war, drugs, Armageddon, sex, black magic and rock & roll. After listening to the album there is only on conclusion: "I'm in Hell."