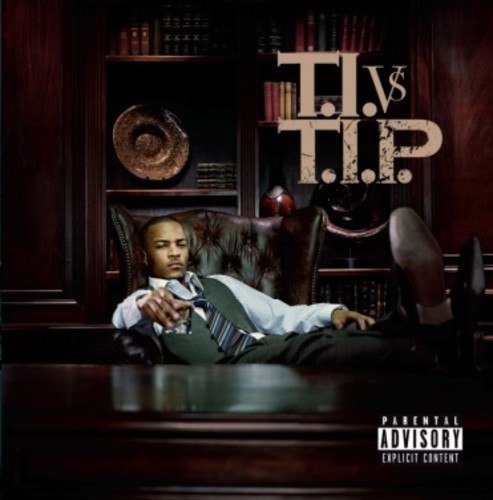 CD reissue. T. I. vs. T. I. P. is the fifth studio album by rapper T. I. , released on July 3, 2007. Recording sessions for the album took a year and a half to record towards early-2007, T. I. stated and confirmed in an interview with MTV News. Production was handled by several record producers, including Kannon "Caviar" Cross, Just Blaze, Mannie Fresh, Lil' C, Wyclef Jean, Jerry 'Wonder' Duplessis, Sedeck "All Hands on Deck" Jean, Keith "Lil' Wonda" Duplessis, Kevin "Khao" Cates, Bao Quoc Pham, Steve Holdren, Nate "Danja" Hills, The Runners, Tony Galvin, Eminem, Jeff Bass, and Keith Mack, among others. The album debuted at #1 on the US Billboard 200 chart. It also achieved nearly respectable international charting and produced the one hit single that attained chart success, including the US Billboard hit "Big Things Poppin' (Do It). T. I. vs. T. I. P. was nominated for a Grammy Award for Best Rap Album, losing to Kanye West's Graduation at the 50th Annual Grammy Awards The album won the American Music Award for Favorite Rap/Hip-Hop Album at The American Music Awards of 2007. T. I. also won the American Music Award for Favorite Rap/Hip-Hop Artist at The American Music Awards of 2007.