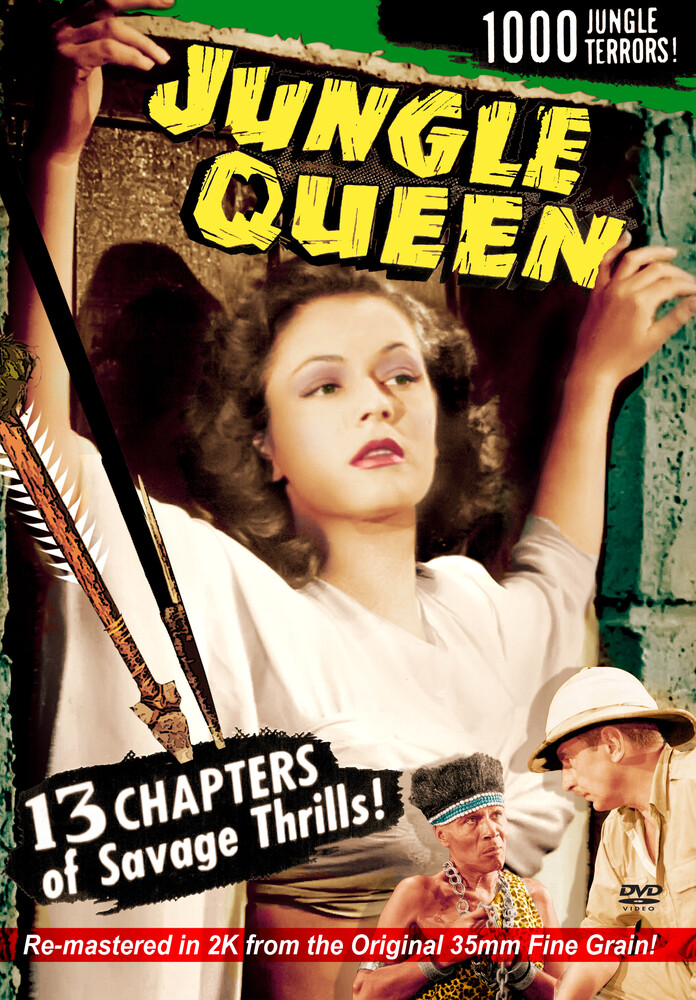 Produced from a new 2K scan of the original 35mm nitrate fine grain film masters! During World War II, the Nazi High Command sends agents into the African jungle to stir up the local Tongghili tribes against the British Allies. This allows them to plant Commander Elise Bork, posing as a scientist, and her subordinate, Lang, within the Tambosa Experimental Farm. Along with the help of Maati, an evil rival tribesman, they search for the legendary "Secret Sword", which has mysterious powers. Two Americans, Bob Elliott (Edward Norris) and Chuck Kelly (Eddie Quillan) arrive to aid the Allies and meet Pamela Courtney (Lois Collier), who is looking for her father, an explorer who mysteriously disappeared. Bork and Lang feign friendship with the trio in order to find out what they know, before trying several ways to kill them. Their attempts always fail though, due to the well-timed appearances of Lothel (Ruth Roman), the beautiful and mysterious Queen of the Jungle, Tongghili's spiritual leader. In desperation, the Nazis try to kill Lothel by letting loose wild animals, and setting fire to the jungle. Lothel, however, walks through the flames un-harmed and seems to tame even the wildest beast. And in the end, she helps our heroes end the Nazi terror and return peace to the jungle, before vanishing into a sheet of flame.