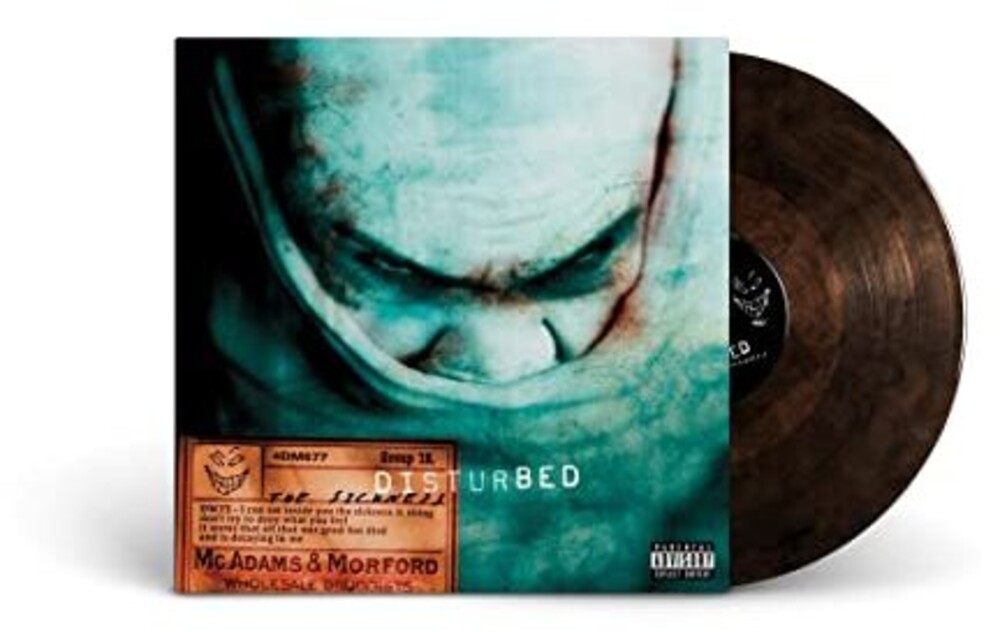 Limited 20th anniversary colored vinyl LP pressing. The Sickness is the debut studio album by American heavy metal band Disturbed, originally released in March, 2000. The album peaked at #29 on the US Billboard 200, and has spent a total of 103 weeks on the chart. The Sickness was certified five times platinum by the RIAA for shipments of over five million copies in the US, making it the band's most successful album.