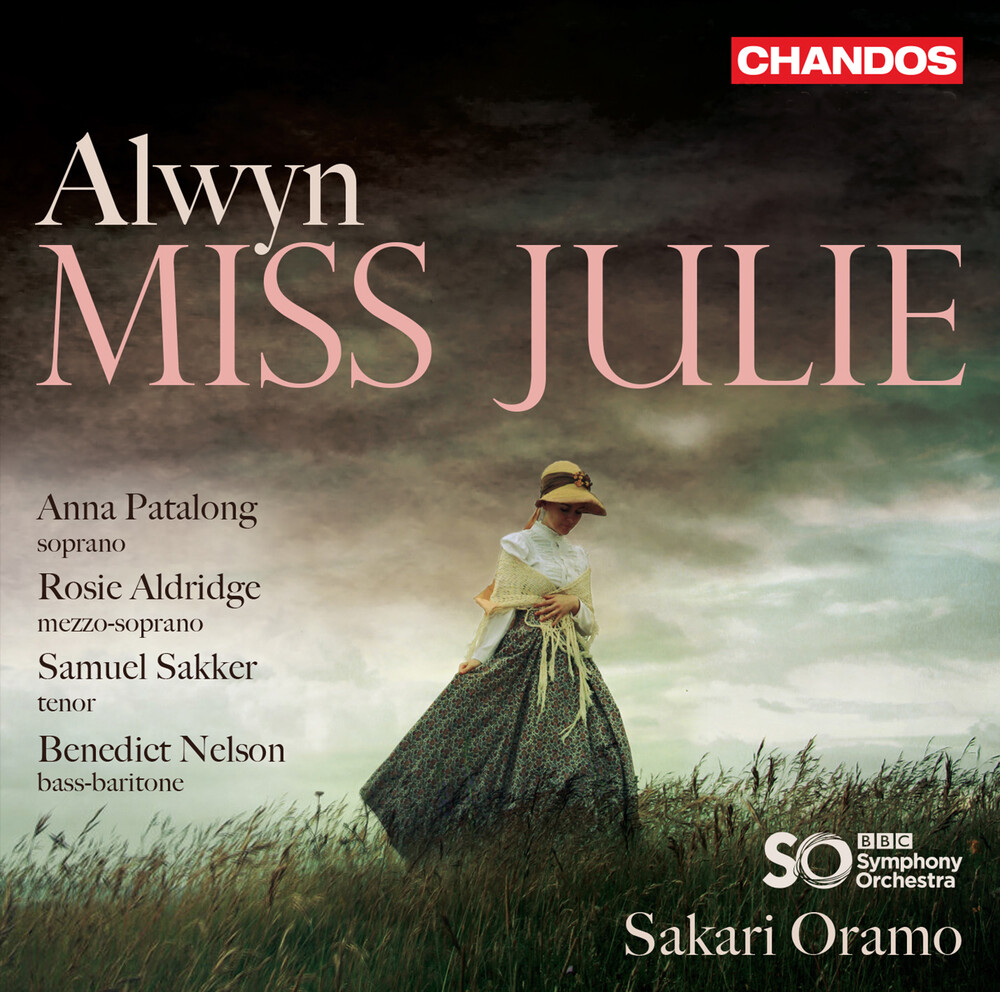 'Why has this intense, brilliantly orchestrated, claustrophobically gripping masterpiece been so neglected since it's 1977 premiere?' asked Richard Morrison in The Times of the concert performance in the Barbican that preceded this recording. Miss Julie is Alwyn's last large-scale work, written in 1973-76. Alwyn set his own libretto, based on Strindberg's 1888 play of that title. The naturalistic drama and lifelike characters of that play appealed to Alwyn from an early age - in fact, he previously attempted to compose an opera on Miss Julie in the 1950s. That attempt failed, because of differences with his then librettist, Christopher Hassall. Alwyn believed that in opera, the action should be self-explanatory, arias should serve a dramatic purpose (as opposed to sheer vocal display), characters should sing to each other and not to the audience, ensembles should be minimized and the text should be set to vocal lines that reflect natural speech patterns. These views were distilled over his extensive career as a film composer, which taught him that music could do more than establish characterization, suggest mood, and heighten atmosphere: in some cases it could also communicate the unspoken thoughts of an onscreen character even when these were at odds with what he or she was presenting visually. Sakari Oramo and the BBC Symphony Orchestra support an outstanding cast featuring Anna Patalong in the title role in this acclaimed revival of Alwyn's neglected masterpiece.