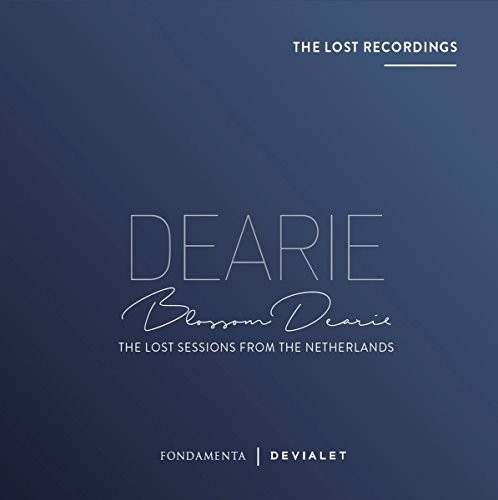 There were many highlights to her musical career: the concerts she gave in the Netherlands between 1968 and 1989 feature prominently among them. This release is a faithful rendition, thanks especially to the remarkable audio quality. Dearie masterfully performed in all the instrumental formations, from solo shows to the great Metropole Orchestra. She sang repertoires of every kind, from film music - she brought a new dimension to "Raindrops Keep Falling on my Head" - to Joni Mitchell's "Both Sides Now", sensitively revisited. Not to forget a masterpiece whose music she composed, "Winchesterin Apple Blossom Time", with Marilyn Monroe-style boo-be-doops - two superb versions of which can be enjoyed here, as well as her other compositions, those mentioned, and "Bring All Your Love Along", whose first recording, made in Laren, 1982, is featured here. Blossom, so aptly named, bids the audience adieu, and makes a graceful bow.