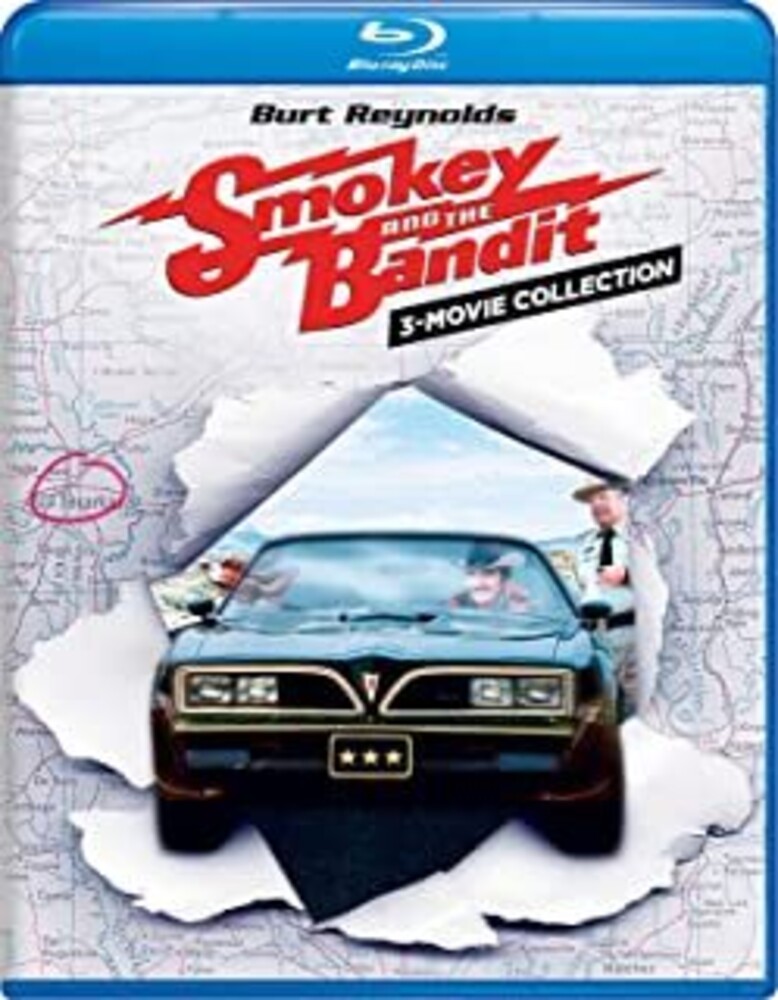 Two-disc set includes: Smokey And The Bandit (1977)In the first film in Hollywood's fastest series, Burt Reynolds burns rubber as legendary driver Bo "Bandit" Darville, who's hired by wealthy Texan Big Enos Burdette (Pat McCormick) to transport 400 cases of Coors beer (which was then unavailable for purchase east of the Mississippi) from Texas to Georgia in 28 hours. With partner Snowman (Jerry Reed) in the big rig and Bandit in his Trans Am, the good ole boys race to steer clear of "Smokey," Sheriff Buford T. Justice (Jackie Gleason). With Sally Field, Paul Williams. 96 min. C/Rtg: PG Smokey And The Bandit II (1980)Burt Reynolds puts the pedal to the metal once again as Bandit Darville, when he and Snowman (Jerry Reed) stand to get a $400,000 payday if they can deliver a live elephant from Florida to the Republican Convention in Dallas within three days. Can he make good while trying to win back the estranged Carrie (Sally Field), to say nothing of dodging the relentless Buford T. Justice (Jackie Gleason)? Fun follow-up also stars Dom DeLuise, Paul Williams, Pat McCormick, David Huddleston, Mike Henry. 101 min. C/Rtg: PG Smokey And The Bandit Part 3 (1983)Looking to retire, Buford T. Justice (Jackie Gleason) happily took a $250,000 wager from the Burdettes (Pat McCormick, Paul Williams) that he could safely haul an enormous stuffed fish from Florida to Texas. When Buford and Junior (Mike Henry) evade their traps, though, Big and Little Enos bring out the big guns-and hire Snowman (Jerry Reed) to stop them! Third good ol' go-round co-stars Colleen Camp, Faith Minton, and-in a cameo-Burt Reynolds as Bandit. 85 min. C/Rtg: PG