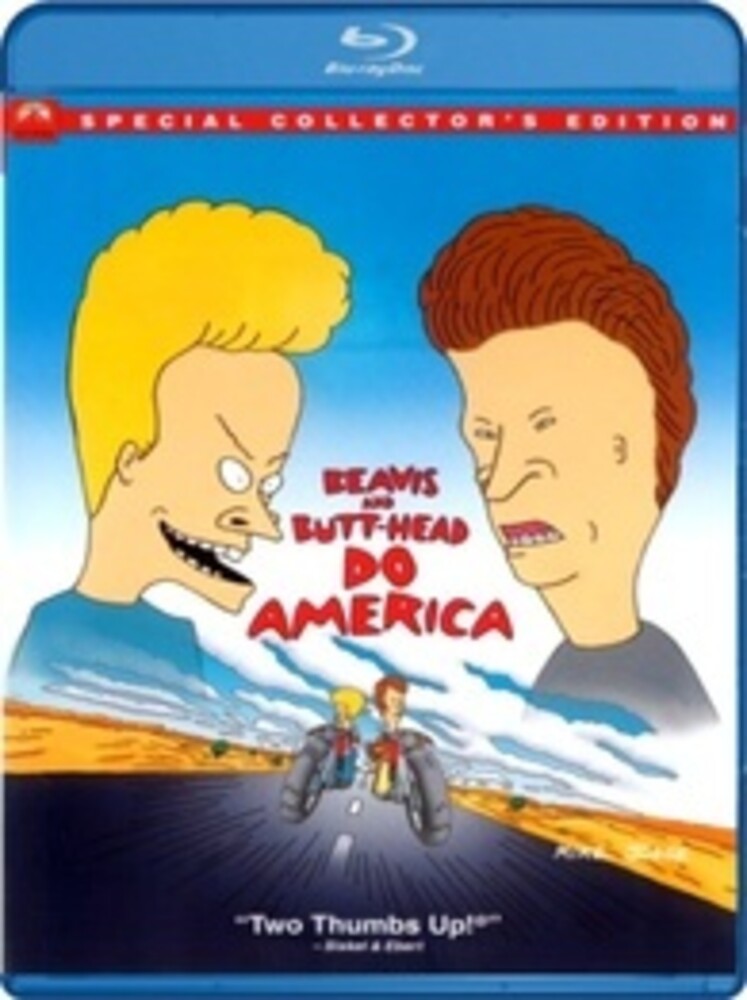 When their beloved television is stolen ("This sucks more than anything that has sucked before!"), Beavis and Butt-head get up off their couch and set out on a wild cross-country quest from Las Vegas to the White House to find it-and maybe finally "score" with a woman while they're at it-in the metal-loving MTV cartoon cretins' hit debut feature. Voices by creator Mike Judge, Robert Stack, Cloris Leachman, and an unbilled Demi Moore and Bruce Willis. 80 min. Widescreen; Soundtracks: English DTS HD 5.1 Master Audio, French Dolby Digital stereo; Subtitles: English (SDH), French; audio commentary by Judge; featurettes; TV spots; theatrical trailers.