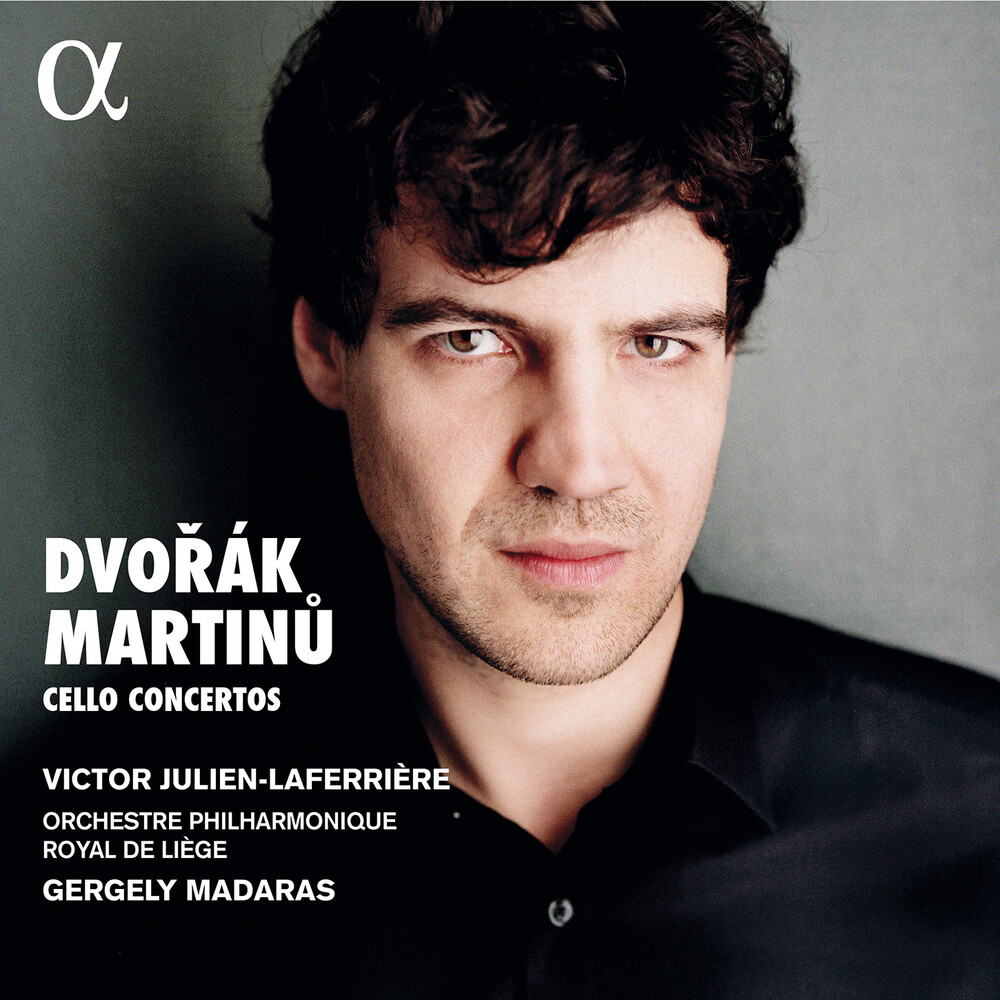 The winner of the very first Queen Elisabeth Competition for cellists in Brussels in 2017, Victor Julien-LaferriĂ¨re also won the Victoire de la Musique Classique in 2018 in the category 'Soloist of the Year', and joined Alpha Classics in 2019 for several recordings. After a first recital album devoted to Rachmaninoff, Shostakovich and Denisov in the company of the pianist Jonas Vitaud, he now presents two cello concertos by AntonĂ­n DvorĂˇk (op.104) and Bohuslav Martinu (no.1, H196), accompanied by the LiĂ¨ge Royal Philharmonic Orchestra under the direction of Gergely Madaras. The two composers, born in Bohemia in 1841 and 1890 respectively, shared a strong attachment to the music of their homeland and a significant American experience - even if the reason for their travels was very different: DvorĂˇk was director of the National Conservatory of New York from 1892 to 1895 (during which time he composed the 'New World' Symphony and this cello concerto) while Martinu emigrated to the United States during the Second World War and remained there until 1953, composing dozens of successful pieces. With this recording, Victor Julien-LaferriĂ¨re couples two key works for his instrument by eminent members of the Czech school.