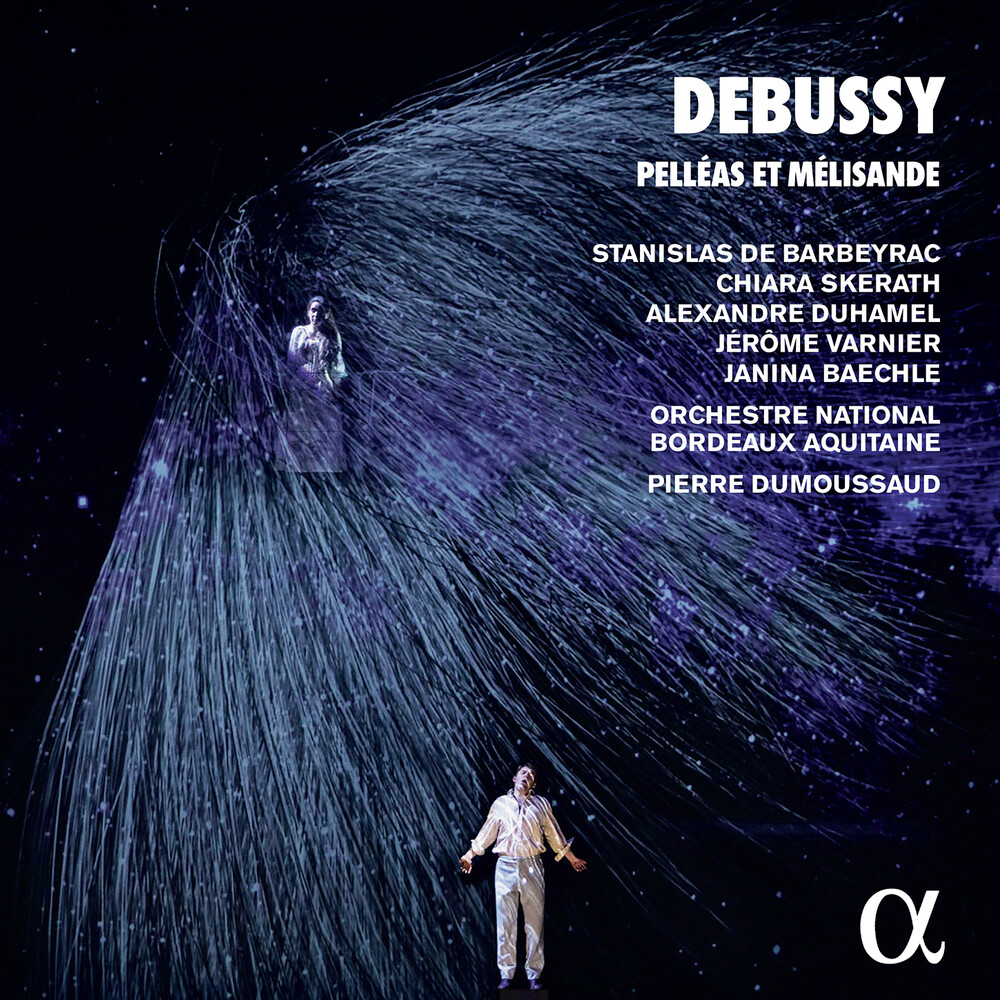 The Covid pandemic caused the cancellation of the performances of Pelléas et Mélisande at the Opéra National de Bordeaux, which approached Alpha in order to make an audio recording of this masterpiece. So here is that unexpected but highly anticipated new version, with an exceptional cast and a young conductor, Pierre Dumoussaud, whose calling card it is fast becoming, since he has already conducted it in many houses. 'His conducting calls for nothing but praise, striking a fine balance between analytical clarity and theatrical life, while at the same time bringing out the extraordinary modernity of this intoxicating music', wrote Christian Merlin in Le Figaro of one of his staged performances. The 'disarming sincerity' of Pelléas (Stanislas de Barbeyrac), the 'constant emotion' of Mélisande (Chiara Skerath), the 'bitingly intense singing' of Golaud (Alexandre Duhamel) - these are some of the comments elicited by the 2018 performances in the staging of Philippe Béziat and Florent Siaud, the intended revival of which this year was prevented by the health emergency. The album cover features a photo from that memorable production.