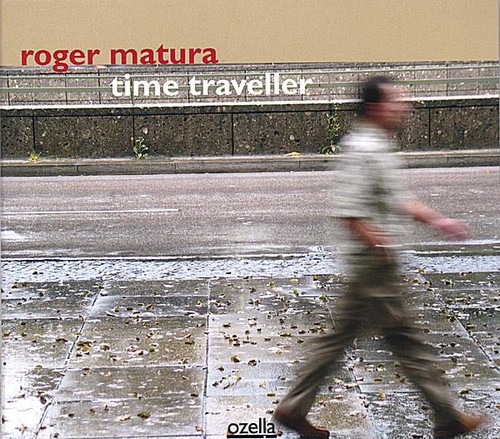 Roger Matura breaches an imaginary frontier with his 'Time Traveller' without departing from his own unique path. In the style of a 'Time Traveller', Matura presents a crystal clear singer/songwriter album that (with the exception of the two bonus tracks) completely does without vocals. Impossible? Wrong! Roger Matura, the Folk, Rock and Blues poet from the Ruhr Valley, released his first recordings on the legendary Folkways label and continues to enthral ever-larger audiences with his intense, rasping voice. In addition to Matura's texts, which are a far cry from everyday song lyrics, he creates sound collages like little pearls between the individual songs of his musical program, using the instruments to further enhance the emotional essence of his pieces. In 'Time Traveller', Matura perfects this remarkable ability, narrating his stories using purely compositional means. He takes us on a journey back in time, when life was waiting to be discovered and anything could happen from the wealth of possibilities... He narrates stories of fleeting encounters, as two people briefly catch each other's eye in 'Notturno For A Moondancin' Lady', and one senses how nothing can ever be the same again... In 'Poor Gigolo Me', he connects the past with the present and regards a young man in a bar with quiet irony how he leans on the bar and is overwhelmed by his own coolness... 'Dead Moon' expresses how it feels when solitude becomes a welcome guest and longing a blessing... His subliminal anger is apparent in 'Iraqueiraque', which is all too natural in view of the widespread unrest in the world... 'Too Much Talk' makes a forceful statement against wordiness... It is a predominantly peaceful album, powerful, sensitive and almost melancholic were it not for repeated moments of self-irony and the clearly tangible idea of change that avoids any sentimentality. The multi-instrumentalist Roger Matura (acoustic guitar, electric guitar, piano, mellotron, accordion, harmonica, percussion, vocals) gathered a group of high quality musicians in the studio for their musical interpretation of 'Time Traveller'. They include Klaus Hoffmann-Hook (mellotron), who is well-known for his own World/Electronic Music project 'mind over matter', Thomas Kagermann (violin), Armin Dahm (mini moog, fender rhodes), JĂĽrgen Goldschmidt (bass), Carsten Krey (guitar), Ean Gidman (brass) and Dane Roberts (double bass), who is well known both as a bassist and a viola da gamba player in the field of classical and Baroque music. The special nature of 'Time Traveller' lies not least in the songs' arrangements. The discerning use of instrumental rarities, such as the mellotron, a kind of 'historical sampler', in combination with 'classical' instruments such as the double bass and piano, as well as wind instruments, allows Matura to achieve more than a quotation from past decades: 'Time Traveller' is an authentic review and a homage to life itself...