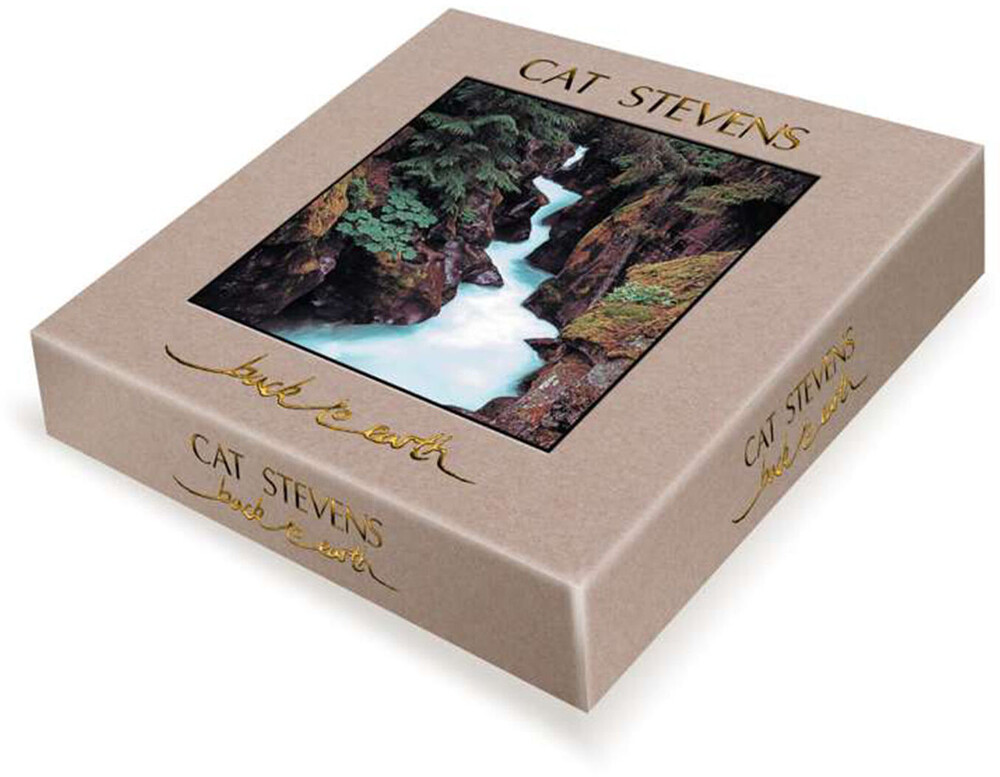 Limited 12x12" box containing two vinyl LPs, five CDs, 50 page hardcover book and memorabilia. In 1978, after having sold millions of records and become one of the biggest international artists of the 1970s, Cat Stevens decided to step out of the rock star spotlight and walk away. That year, he was to release his final album under that name. Back To Earth is reissued featuring the original album (remastered at Abbey Road), along with demos, unreleased tracks, and material from UNICEF's 1979 Year Of The Child concert, the singer's last live. Back To Earth was indeed a remarkable return to form, reuniting Stevens with Paul Samwell-Smith, the producer of his landmark, multi-platinum albums Tea For The Tillerman (1970) and Teaser And The Firecat (1971), as well as continuing his creative partnership with long-time guitarist Alun Davies. Long overdue for re-evaluation, Back To Earth is a brilliant and fascinating album capturing Yusuf / Cat Stevens at a defining point in his life.