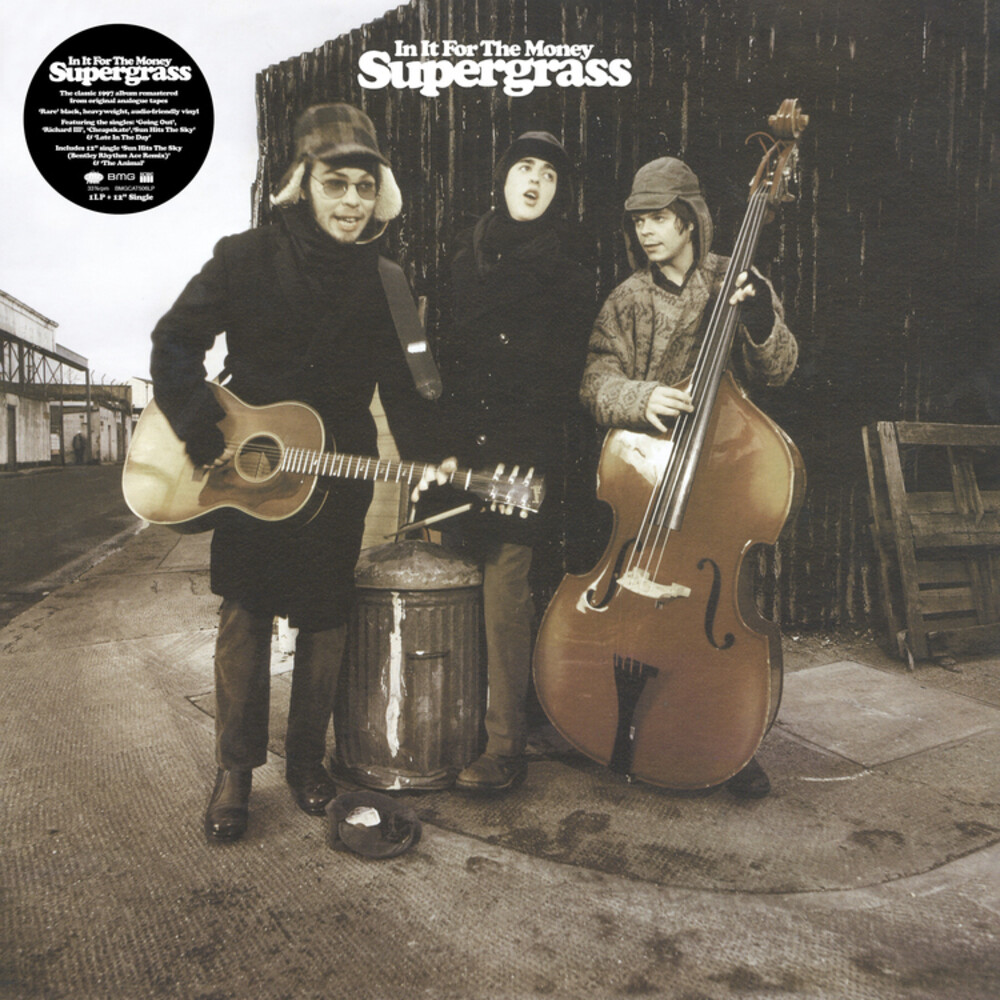 In It For The Money [Remastered]
Artist: Supergrass
Format: Vinyl
New: Available to Order $36.99
Wish

Supergrass' hugely successful second album, which reached #2 in UK Album Charts in 1997, amassed 300k sales in the UK and over a million worldwide since release. Voted 10th Best Album of 1997 (NME) and included in '1001 Albums You Must Hear Before You Die', it featured the hit singles: 'Going Out' (UK #5), 'Richard III' (UK #2), 'Sun Hits the Sky' (UK #10) and 'Late In The Day' (UK #18). Following the successful "Strange Ones" Deluxe Boxset and a sold out world tour in 2020, this brand new expanded edition of 'In It For The Money' features remastered audio from analogue tape on 180G Black and 140G Turquoise Vinyl (Retail Exclusive). LP also includes 12" single 'Sun Hits The Sky (Bentley Rhythm Ace Remix)' / 'The Animal' on 140g White Vinyl. Not available on LP since original release. The 3CD format includes 43 tracks over two CDs of B-Sides, Rarities, Outtakes & Live Tracks, imagery from Kevin Westenberg and sleevenotes from Charles Shaar Murray. Compiled by Supergrass