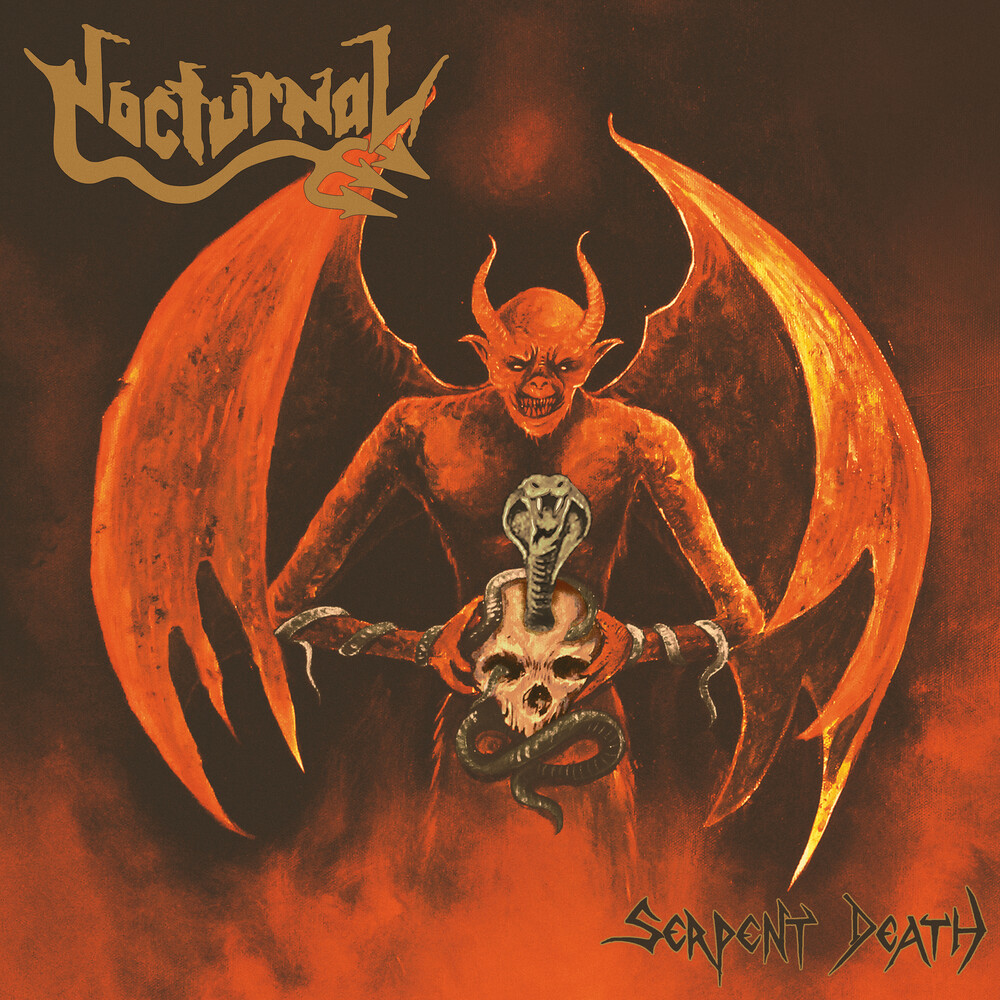 Nocturnal have been flying the flag of hate since the year 2000, hailing the old Teutonic gods of thrash - namely Sodom, Kreator and Destruction, as well as Deathrow, Assassin, Exumer and Razor and early Sepultura abroad."Serpent Death" strikes with a venomous menace. Arguably the band's best-produced as well as best-played record to date, Serpent Death sounds more energetic than ever.