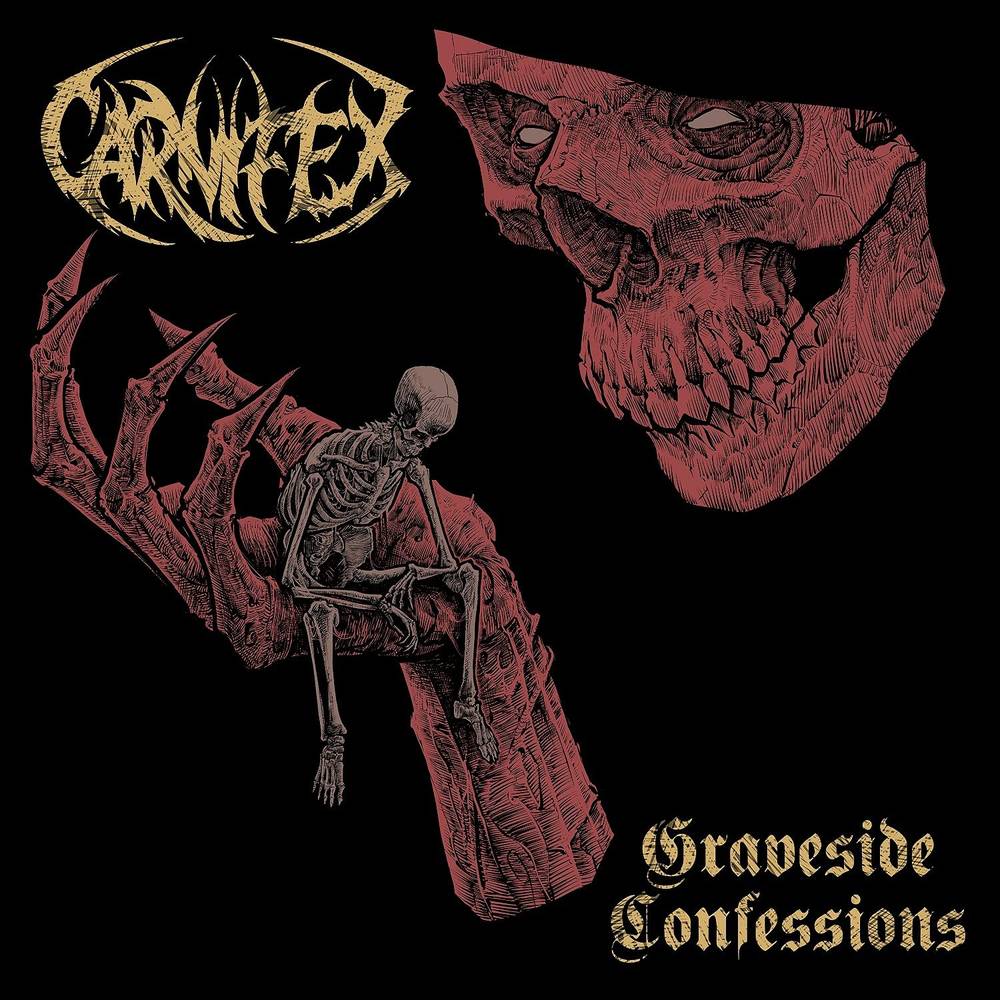 The undisputed masters of blackened deathcore have returned to ignite sonic memories of albums past with the scorch of old school sound. Set to be released Sep 3, 2021 via Nuclear Blast Records, Carnifex's "GRAVESIDE CONFESSIONS" is no stranger to the harsh world in which it was created. While all of humanity experiences the turmoil of pain, weakness, and betrayal, it is also deeply ingrained in our nature to keep these notions closely protected; to keep them secret. Often as we approach death, we feel an insatiable need to reveal these things to one another; to confess. "'GRAVESIDE CONFESSIONS' is all the things you want to say, but don't; the things you carry with you a little too long, sometimes right up to your deathbed. This record explores the spaces that we typically push to the side, in an honest and vulnerable way, " explains founder and vocalist Scott Ian Lewis. "There's a release, a sense of humor, and a catharsis to be found in going there, especially when you don't go there normally."Songs like the title track present a direct link to these notions, examining lyrical topics of raw reality, sonically bound by spite. 'ALIVE FOR THE LAST TIME' continues the album with a slight tinge of industrial, esoteric melody. With elements of their discography spread throughout, 'COUNTESS OF PERPETUAL TORMENT' carries on the weighted tone of SLOW DEATH, whereas the epic essence of 'CARRY US AWAY' proclaims huge melodies with soaring choruses and an almost numetal atmosphere.GRAVESIDE CONFESSIONS arose just in time to aid in celebrating the 15 year anniversary of the debut Carnifex album, DEAD IN MY ARMS. The band revisited their first album to re-record 3 songs, but now with huge advancements in production technology. A return to their roots, these songs act as the completion of a circle; a return to where things first began. "GRAVESIDE CONFESSIONS leaves an impression, " states Lewis, "not just from a superficial standpoint, but deeper. Listeners will recognize certain things when they compare what the record is, to what they know about the four of us. I hope they find some inspiration to push forward, themselves."