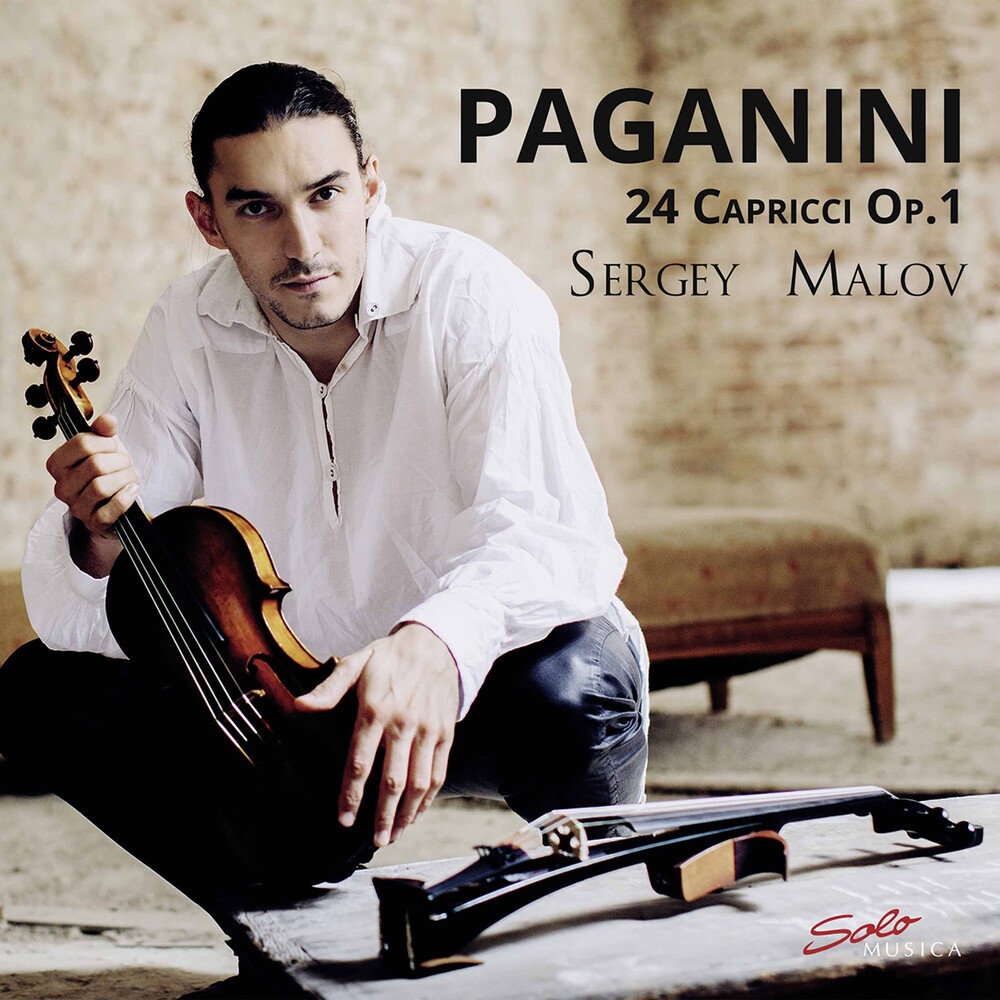 This album is already the artist's second encounter with Niccolò Paganini. After the 2014 album "Hommage á Paganini", this is now the complete Opus 1 of the great Italian. The versatile Russian searches for starting points for creativity in dealing with the highly virtuoso music. Thus the 24 Capricci once again become a continuous story. The fast tempi, the lightness in seemingly unplayable passages is only the surface. Rather, Malov searches for the depth, the wit, the variety of colors in this ingenious music. In addition to the improvisations and ornamentations, effects (forest echo, birdsong) can sometimes be heard. Before the last, 24th Caprice, there is a subjective summary of what has been heard so far. In October 2021, the artist will be awarded with the German "Opus Klassik" in the category "Solo Recording Instrument of the Year" for his most recently released album "Bach - 6 Suites for Cello Solo played on a Violoncello da Spalla".