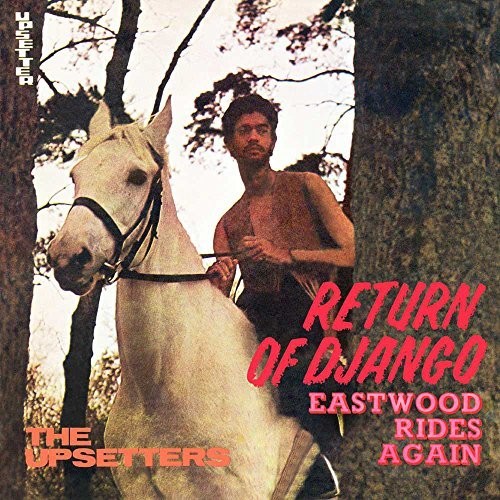 Digitally remastered two-fer containing a pair of classic reggae albums. A year after embarking on a career as an independent producer in 1968, Lee 'Scratch' Perry hit the big time when the mesmeric sax-led rock steady instrumental, 'Return Of Django' made #5 in the UK charts. Soon after, Trojan released a hugely popular collection of the producer's finest instrumentals to date, suitably titled after the best-selling single. Perry remained at the cutting edge of the reggae scene throughout the months that immediately followed, with tracks by the Upsetters (essentially the name given any set of musicians employed for his recording sessions) proving particularly popular among both Jamaican and British music fans. In response, Trojan issued a second Spaghetti Western theme instrumental-based album comprising the enigmatic Jamaican's work which further demonstrated his increasingly bold and innovative approach to music making. Now, almost 50 years after the original release of these historically important long-players, they have been brought together to form this immensely fascinating and hugely enjoyable CD collection. Annotated by Lee 'Scratch' Perry biographer, David Katz, this is a must for all fans of both the producer and vintage reggae sounds.