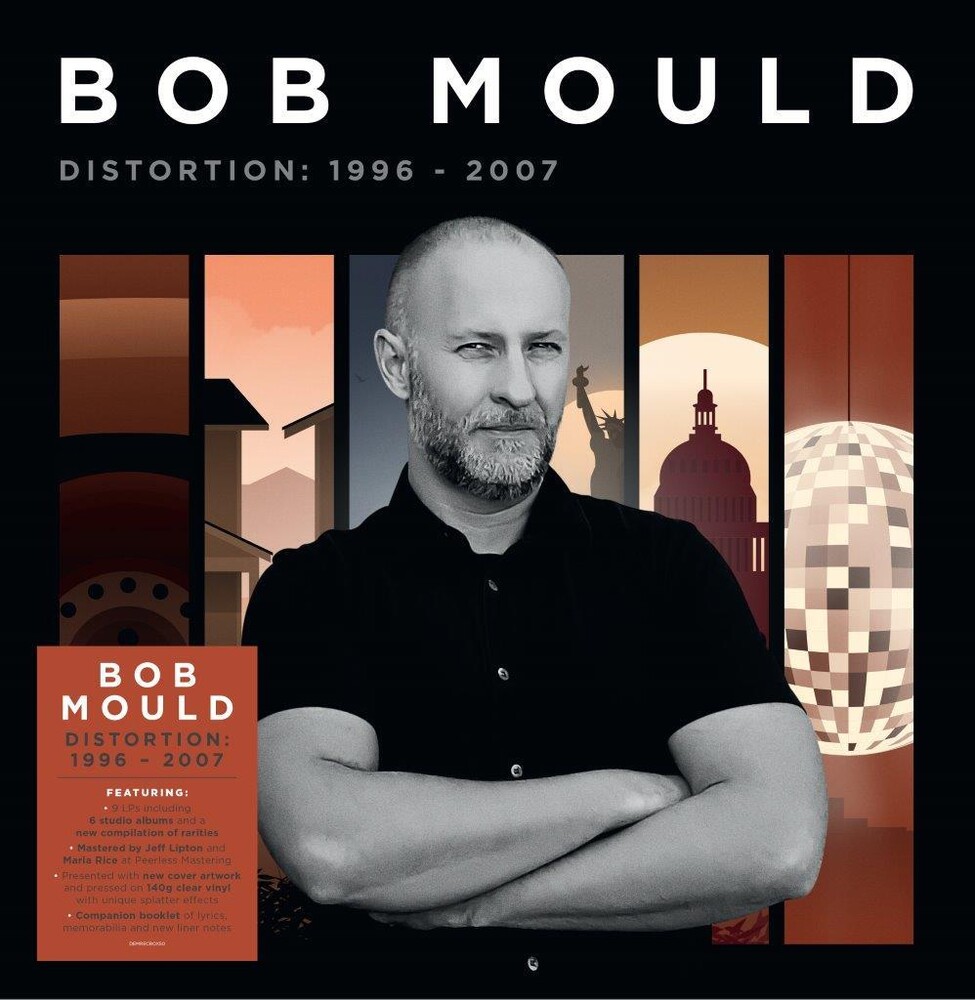 Demon Records presents Distortion: 1996-2007, the second in a series of four expansive vinyl box sets chronicling the solo career of legendary American musician Bob Mould. Bob Mould's career began in 1979 with the iconic underground punk group HĂĽsker DĂĽ before forming the beloved alternative rock band Sugar and releasing numerous critically acclaimed solo albums. Volume two in this new series covers 1996 to 2007, beginning with the 1996 self-titled solo album and continuing through to Mould's 2006 collaboration with Rich Morel BLOWOFF. 6 studio albums across 8LPs, including Bob Mould, The Last Dog And Pony Show, modulate. (first time on vinyl), Long Playing Grooves. (first time on vinyl), Body Of Song, and BLOWOFF (first time on vinyl). Each album is presented with brand new artwork designed by illustrator Simon Marchner and pressed on 140g clear vinyl with unique splatter effects. Accompanying the studio albums is a new compilation Distortion Plus: 1996-2007 which features an array of bonus tracks including the demo version of 'Dog On Fire' (Theme from The Daily Show), B sides and other rarities (pressed on clear vinyl). Includes a 28-page companion booklet featuring: liner notes by journalist Keith Cameron; contributions from Death Cab For Cutie's Ben Gibbard and Best Coast's Bethany Cosentino; lyrics and memorabilia. Mastered by Jeff Lipton and Maria Rice at Peerless Mastering in Boston.