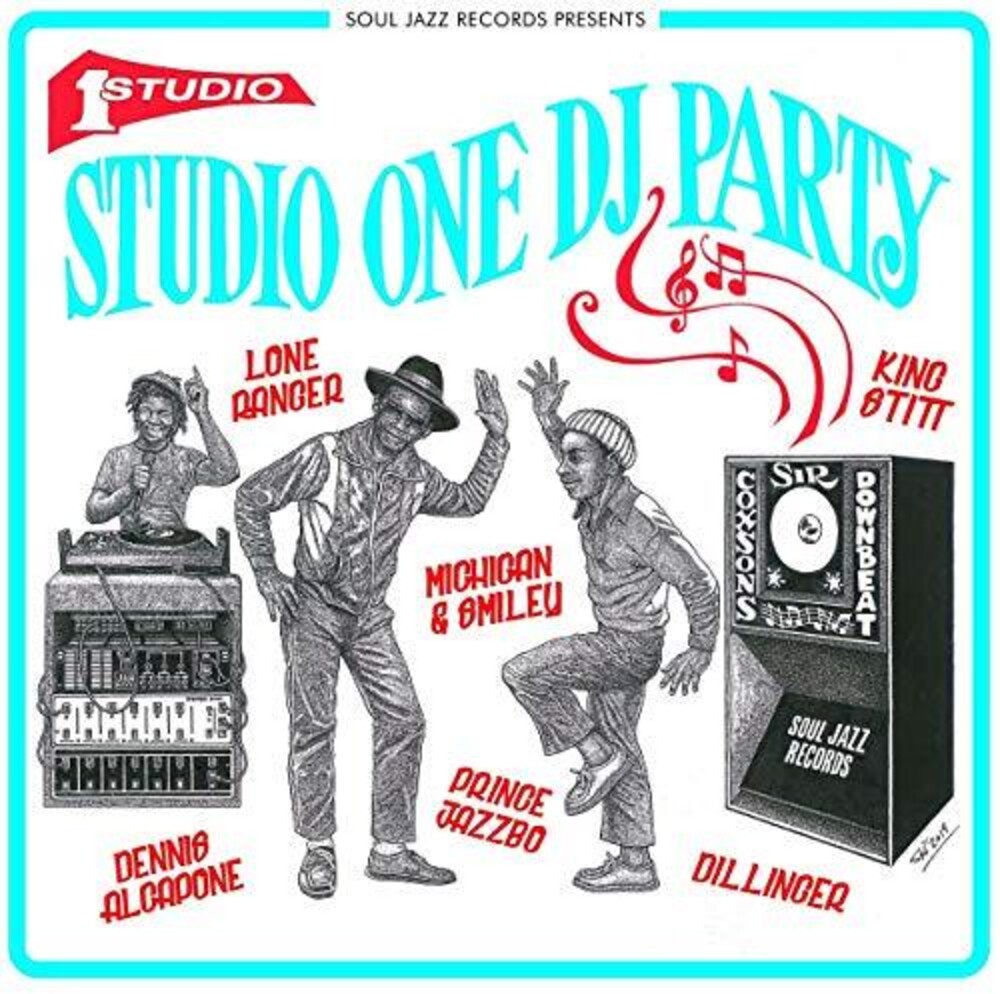 Soul Jazz Records' new Studio One DJ Party is the latest installation from the mighty Studio One Records catalogue, a wicked new collection of the finest DJs and toasters ever to inhabit the world of reggae ' seminal Jamaican artists including Prince Jazzbo, Dillinger, Dennis Alcapone, Michigan & Smiley, Lone Ranger as well as a host of lesser known artists and rare cuts from Studio One. From the earliest days when Clement 'Sir Coxsone' Dodd ran his Downbeat soundsystem up and down the length of Jamaica, DJs and toasters such as King Stitt and Count Machukie were always a part of the sound of Studio One, introducing new records and exciting audiences with catchphrase lines such as: 'No matter what the people say these sounds lead the way It's the order of the day from your boss deejay' King Stitt So when DJ emerged as a distinct reggae style at the start of the 1970s, Studio One was, as always, way ahead of their competitors. Legendary artists of the calibre of Dillinger, Dennis Alcapone and Prince Jazzbo all queued up to record for the equally legendary label. At the end of the 1970s, as dancehall exploded onto the island, Clement Dodd was once again able to maintain Studio One's position on the throne as the number one sound in the Jamaica, fighting off upstart competitors such as Channel One and Joe Gibbs who tried to replicate Studio One's unique sound. During this period Clement Dodd released a series of stunning dancehall releases from young DJ/dancehall artists at the label including Lone Ranger and Michigan & Smiley. This selection spans the early 70s up until the mid-1980s, from the earliest days of deejay toasting right up until digital dancehall, ground-breaking tracks over the finest selection of the ultimate Studio One rhythms and tracks. Who could ask for more? Studio One DJ Party includes specially commissioned sleevenotes by Chris Lane, founder of the legendary British reggae label Fashion Records, as well as fantastic original artwork commissioned by the illustrator Ski Williams.