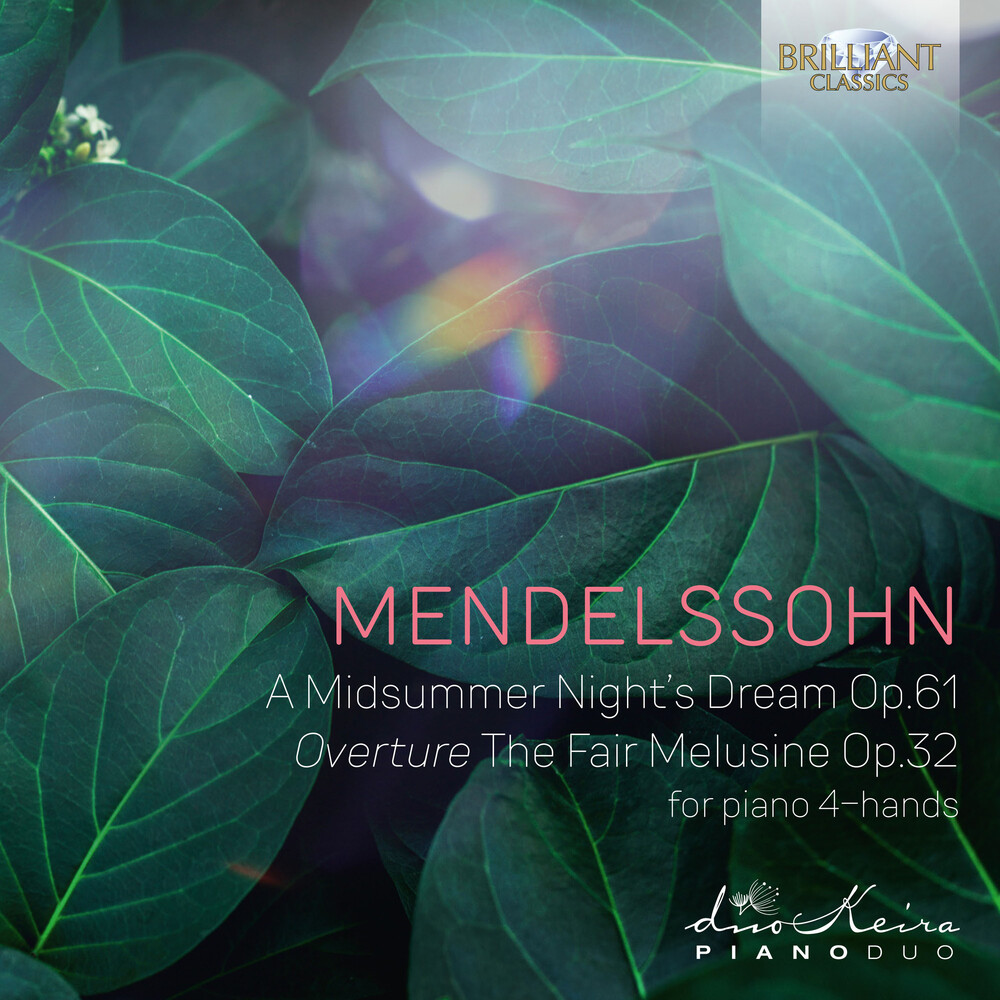 The piano duet was an opportunity to have fun and make music with friends for Mendelssohn as it was for many other 19th-century composers, who wrote pieces that far transcended their domestic origins and often arranged their larger-scale works for the medium so that it could be appreciated by listeners where full orchestral performances were much harder to come by. In 1844 Mendelssohn made his own piano-duet arrangement of the Incidental music he had composed to accompany a production of A Midsummer Night's Dream in Potsdam two years earlier, a suite which itself drew on the precociously immortal Overture he had composed as a 16-year-old. The magical purity of the orchestral score is here translated into a limpid graininess which renders each phrase even more crystalline than in the symphonic version, especially in it's most rapid passages. The relationship between the two versions might be likened to that between a sketch and a painting, though with no certainty as to which had been composed first. A comparison of the full-colour orchestral score with the 'black and white' of the piano-duet arrangement reveals how the timbres of Mendelssohn's orchestral imagination stem from the conceptual outlines and regular forms first devised on a keyboard. Thus the arrangement has plenty to reveal about the score to even to listeners intimately familiar with the fully scored original. Having given the triumphant premiere of the overture to The Fair Melusine in Leipzig in 1836, Mendelssohn then arranged it for piano duet the same year. Again, every phrase of the symphonic original resounds with greater emphasis: the yielding swell of the waves is evoked by a delicacy of touch rendered almost liquid by brushing of the damper pedal.