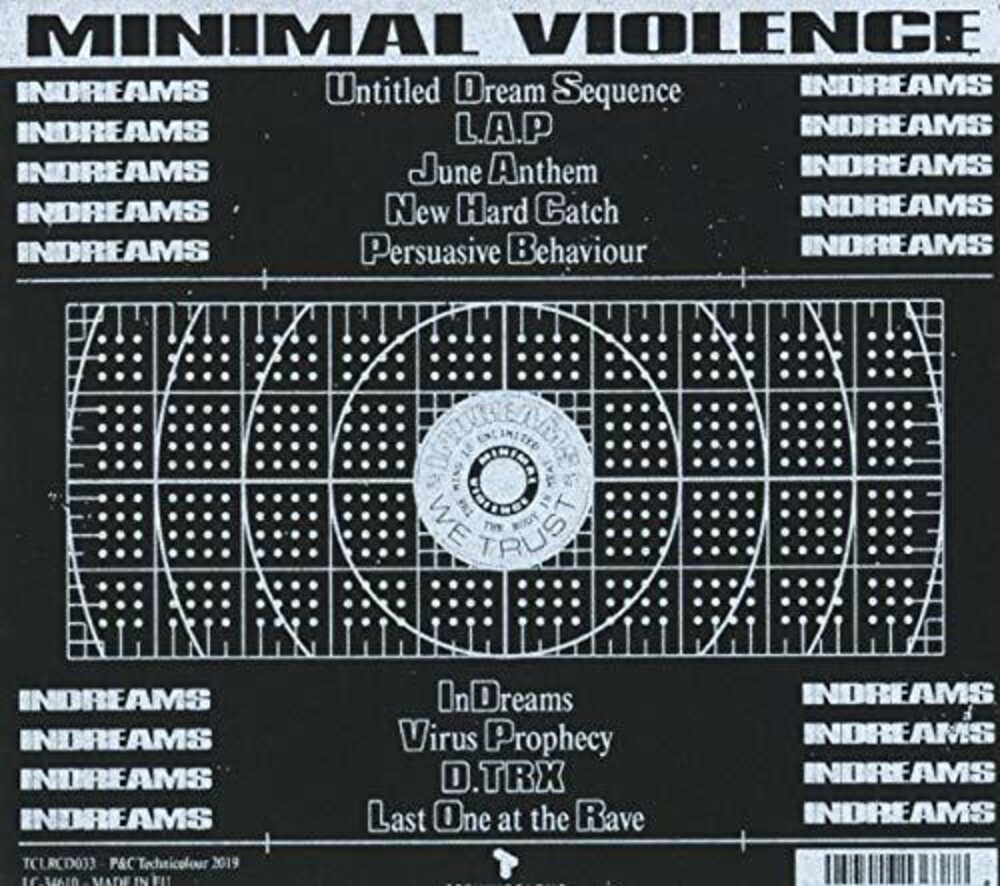 Minimal Violence announce their debut album, InDreams, a start-to-finish, full-throttle ride through raw, high energy techno. Their records for some of Vancouver's best-known labels - like 1080p and Genero as well as Lobster Theremin and Ninja Tune's Technicolour - have always captured the exhilarating spirit of their live shows. This album bottles up that livewire, punk energy into it's most concentrated form yet. Employing a haphazard collection of synths and drum machines, with initial takes often live off the floor to capture the raw energy, Ashlee Luk and Lida P are entrenched in Vancouver's thriving DIY scene and embrace upfront directness in their no-holds-barred ethos. Influenced by early industrial groups and cyberpunk literature, the record's themes center around the dystopian 'InDreams inc.' megacorp with rave-inspired, cult imagery designed by Kevin McCaughey (Boot Boyz).