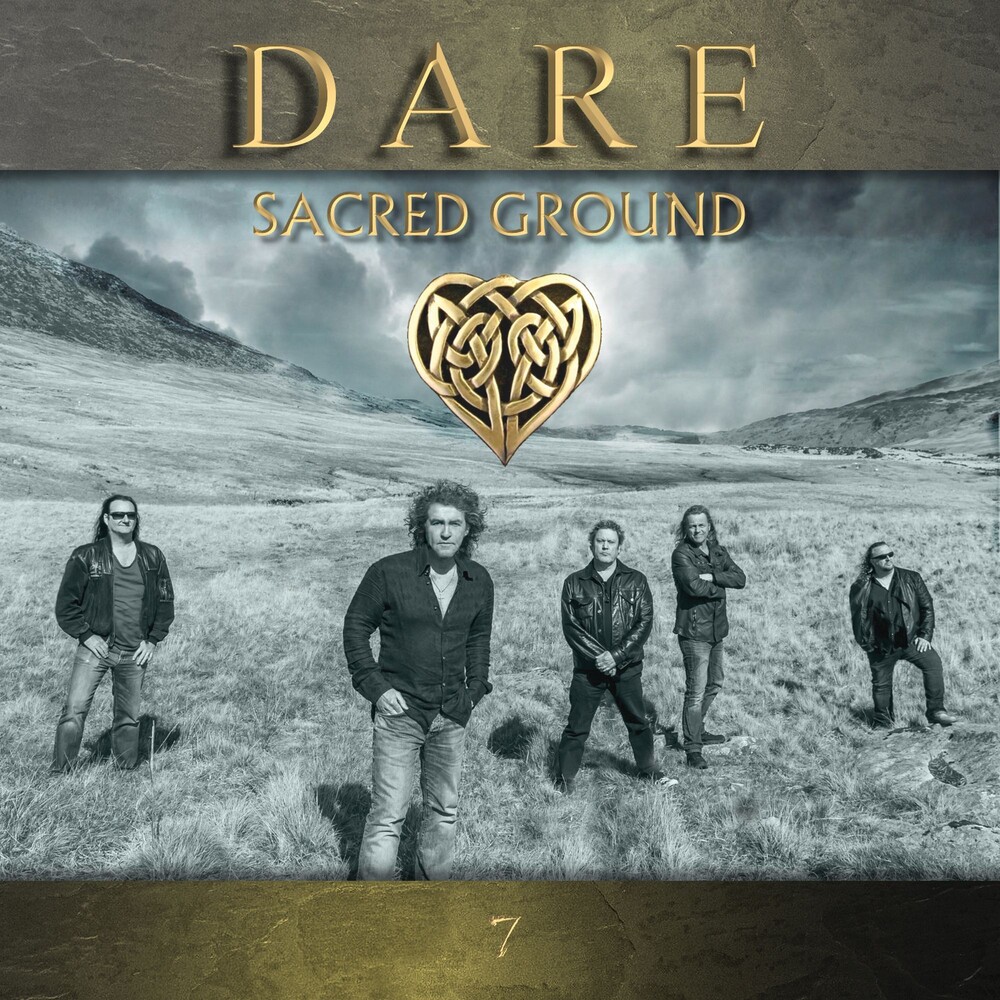 Reissue finally re-available on CD - Fronted by singer songwriter Darren Wharton (who first rose to fame in the early eighties playing keyboards with legendary Irish rock band Thin Lizzy), DARE are one of the most respected and innovative melodic rock bands working today, gaining cult status among AOR fans throughout Europe, the UK and the world. The band's debut 1989 album 'Out Of The Silence' recorded at Joni Mitchell's Bel Air Studio Los Angeles, and produced by Nickelback producer Mike Shipley is still widely regarded today as one of the all-time great AOR albums. Darren joined Philip Lynott's Thin Lizzy at the tender age of eighteen and enjoyed 5 great years with the band touring extensively, alongside renowned guitarist Scott Gorham, drummer Brian Downey, guitarists Snowy White (Pink Floyd), Gary Moore and John Sykes (Whitesnake). Working closely with Philip Lynott, Darren also recorded classic Thin Lizzy albums, such as 'Chinatown', 'Renegade', and 'Thunder and Lightning' on which Wharton co-wrote 3 songs, including the hit single 'The Sun Goes Down'. Sadly, the latter was to be Thin Lizzy's last studio album, and in 1986 Darren Wharton returned to his home town of Manchester where, as an outlet for his creative flare for song writing and working with young Oldham guitarist Vinny Burns, he formed his own band, DARE. Darren re-joined Thin Lizzy in 1994 and the band continues to tour extensively around the world to rapturous fans and huge audiences. The band recently completed a big tour of the USA with Judas Priest and recently supported Guns 'n' Roses in the UK as well as scores of major festival shows. Wharton's style of songwriting, modern anthemic rock with Celtic overtones, coupled with their powerful live performances throughout Europe and the UK (Sweden Rock, BYH Festival Germany) have gained Dare the reputation as a bright force on the British rock scene. SACRED GROUND was the band's much awaited 7th studio album; a modern classic, original, yet instantly addictive. It features some of Wharton's most mature song writing to date. Thought provoking and passionate whilst still retaining a dark rock edge.