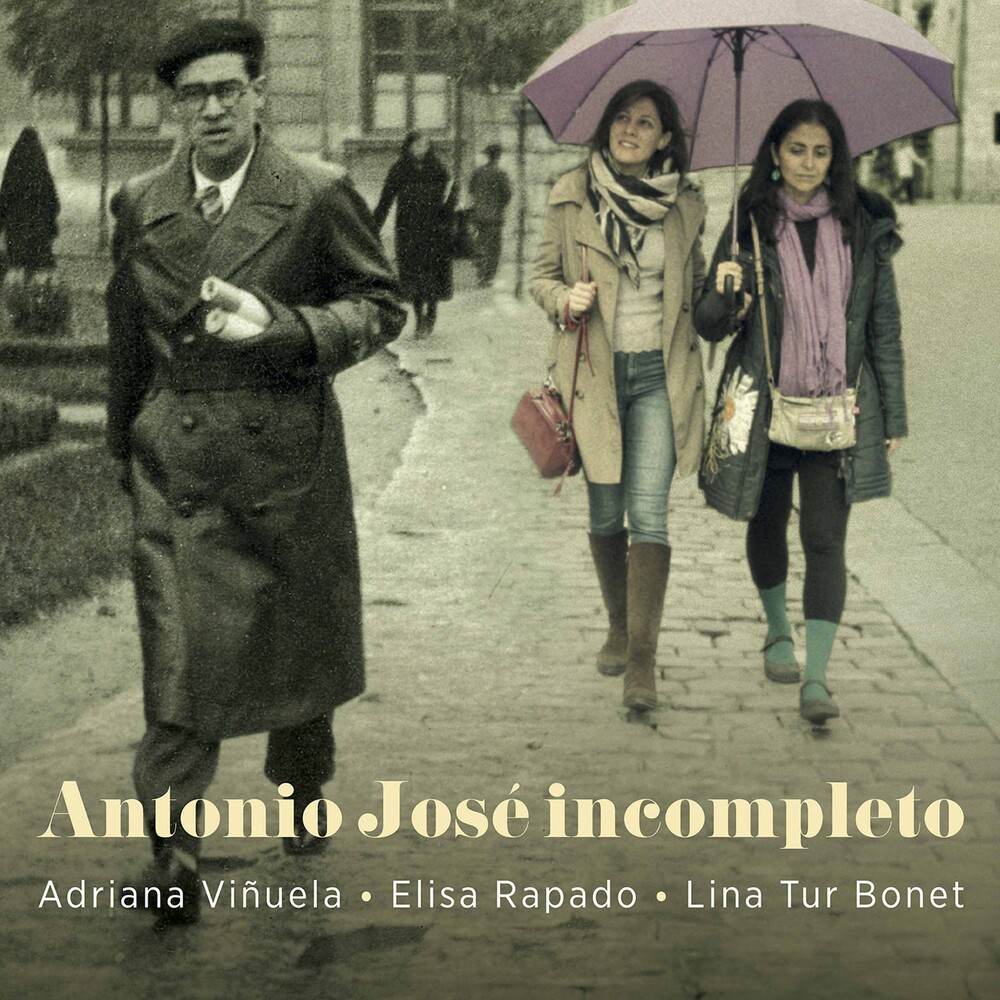 Antonio José incompleto is a selection of songs and works for violin and piano by the Spanish composer Antonio José Martínez Palacios (1902-1936). The recording follows his compositional career chronologically from his childhood in Burgos, through his education in Madrid, his teaching career in Málaga and returning to the city of his birth. He produced an incredible body of work in his short life, including a large number of vocal pieces, in an attempt to spread the sounds of his native Burgos to the world. In 1936 he was executed without trial by forces loyal to Franco, under whose dictatorship the composer's music was forbidden. Despite this, the quality of his work has ensured it's survival, and this recording is dedicated to the brave musicians who kept his memory alive, with the desire that future generations can learn and hear more about him. The artists on this disc include soprano Adriana Viñuela and pianist Elisa Rapado, both Antonio José devotees who have made a particular point of performing works by artists murdered or exiled during the Spanish Civil War. They are joined by the internationally renowned Spanish violinist Lina Tur Bonet.