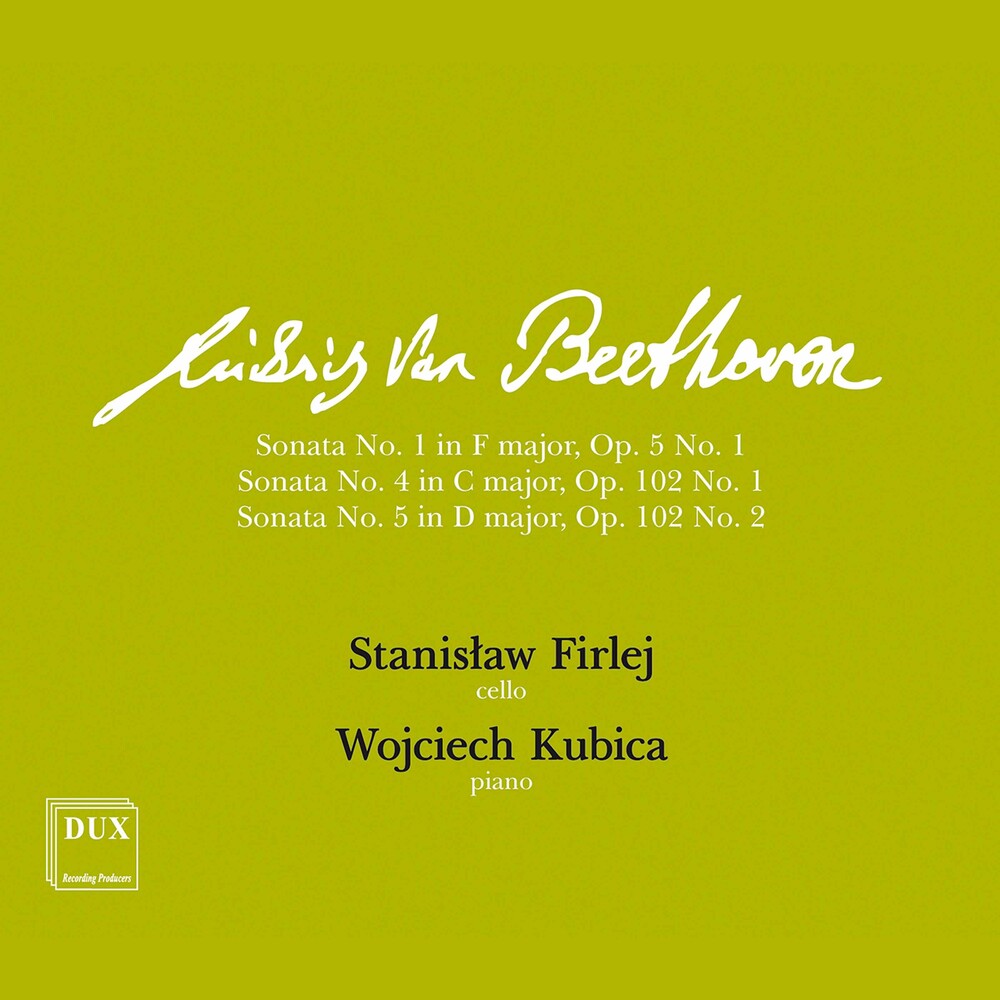 The present release is both a continuation and the crowning of a project to record all of Ludwig van Beethoven's five sonatas for piano and cello. It features three of them: in F major Op. 5 No. 1, in C major Op. 102 No. 1 and in D major Op. 102 No. 2. The first album in the project included the sonatas in G minor, Op. 5 No. 2, and in A major, Op. 69, with the selection of works for each release being a compromise between the duration of individual sonatas and the limit of recording time on a single album. Stanislaw FIRLEJ is one of the leading Polish cellists. He received a thorough musical training which enabled him to develop an intensive con-cert activity not only in Poland, but also abroad. He studied at the Tchaikovsky Conservatory in Moscow under Galina Kozolupova and Natalia Gutman, and subsequently graduated from AndrĂ©-Nicolas Navarra's class at the "Accademia Chigiana" Summer Academy of Music in Siena. A professor of music, he runs a cello class at the Grazyna and Kiejstut Bacewicz Academy of Music in LĂłdz. In 2015, he received an honorary doctor's degree from the Academy. He also regularly teaches at masterclasses in Lancut and Luslawice. Wojciech KUBICA'S wide-ranging repertoire spans music from the Baroque to the present. In 2003, he premiered Kyrie by Jan Wincenty Hawel at a recital during the Karol Szymanowski Festival in Zakopane, He has also pursued a teaching career as a faculty member at the Karol Szymanowski Academy of Music in Katowice (2005-2007), the Academy of Music in Wroclaw (since 2005) and at the Grazyna and Kiejstut Bacewicz Academy of Music in LĂłdz. In 2014, he received the title of Doctor of Musical Arts from the LĂłdz Academy.