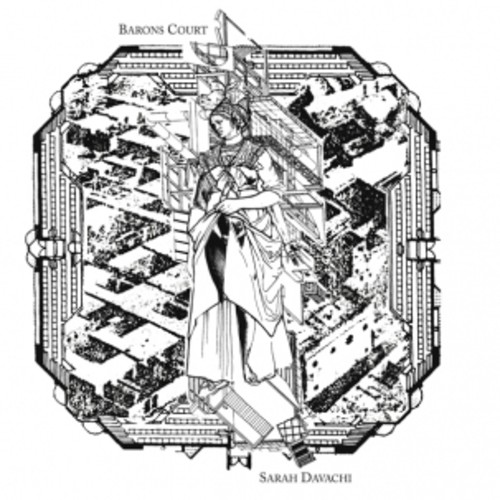 Vinyl LP pressing. Barons Court is the debut full-length album by Canadian electro-acoustic composer Sarah Davachi. While the record employs a number of vintage and legendary synthesizers, Davachi's approach to her craft here is much more in line with the long-form textural minimalism of Éliane Radigue than it is with the hyper-dense modular pyrotechnics of the majority of her synthesist contemporaries. Three of the album's five compositions feature acoustic instrumentation (cello, flue, harmonium, oboe and viola, played by Davachi and others) which is situated alongside a battery of keyboards and synths, and emphasizes the composerly aspect of her work. In an era in which the synthesizer inarguably dominates the topography of experimental music, Davachi's work stands alone-distinctive, patient and beautiful.