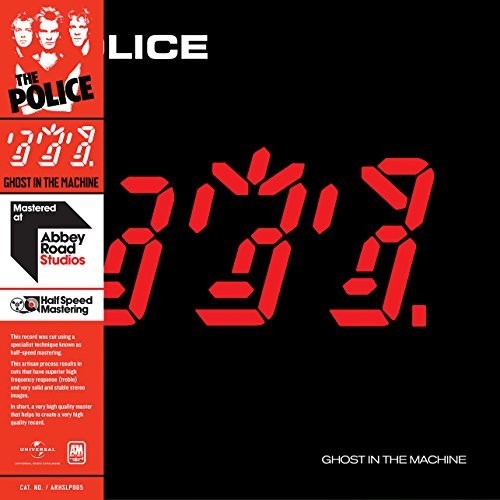 Limited half-speed mastered vinyl LP pressing. Ghost in the Machine is the fourth studio album by rock trio The Police, originally released in October, 1981. The songs were recorded between January and September 1981 during sessions that took place at AIR Studios in Montserrat and Le Studio in Quebec, assisted by record producer Hugh Padgham. Ghost in the Machine reached #1 in the UK Albums Chart and #2 in the U. S. Billboard 200. The band released three successful singles from the album: "Every Little Thing She Does Is Magic", "Invisible Sun", and "Spirits in the Material World". The album went multi-platinum in the U. S.