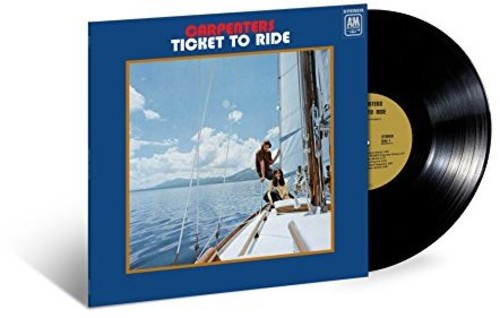 Limited 180gm vinyl LP pressing of this album from the soft pop duo. Ticket to Ride is the first album by The Carpenters. At the time of it's initial release in 1969, it was issued under the title Offering with a completely different cover photo. It produced only one minor hit single, a ballad version of the Lennon-McCartney song "Ticket to Ride". After the Carpenters' subsequent breakthrough, however, the album was reissued internationally under the name Ticket to Ride. The Carpenters produced a distinct soft musical style, combining Karen's contralto vocals with Richard's arranging and composition skills. During their 14-year career, the Carpenters recorded ten albums, along with numerous singles and several television specials. Their career together ended in 1983 following Karen's death from heart failure brought on by complications of anorexia.