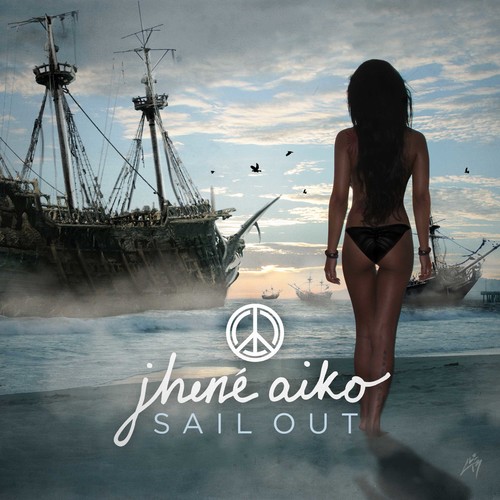 Limited picture disc vinyl LP pressing. 2013 EP from the R&B vocalist. Sail Out consists of six new songs and features appearances by Drake, Wiz Khalifa, Big Sean, Ab-Soul and Kendrick Lamar. Jhene also has a rapping alter-ego named J. Hennessy who is featured on the EP as well. Aiko embarked on her music career contributing vocals and appearing in several music videos for R&B group B2K. At the time, she was known as B2K member Lil' Fizz's "cousin", though she is not actually related to him. It was used as a marketing tool, suggested by Sony and Epic Records, to promote Aiko through B2K and attract an audience. In March 2011, Aiko made her return to music with the release of her first full-length project, a mixtape titled Sailing Soul(s). On December 16, 2011, Aiko signed a recording contract with American record producer No I.D.'s record label ARTium, distributed through Def Jam Recordings.