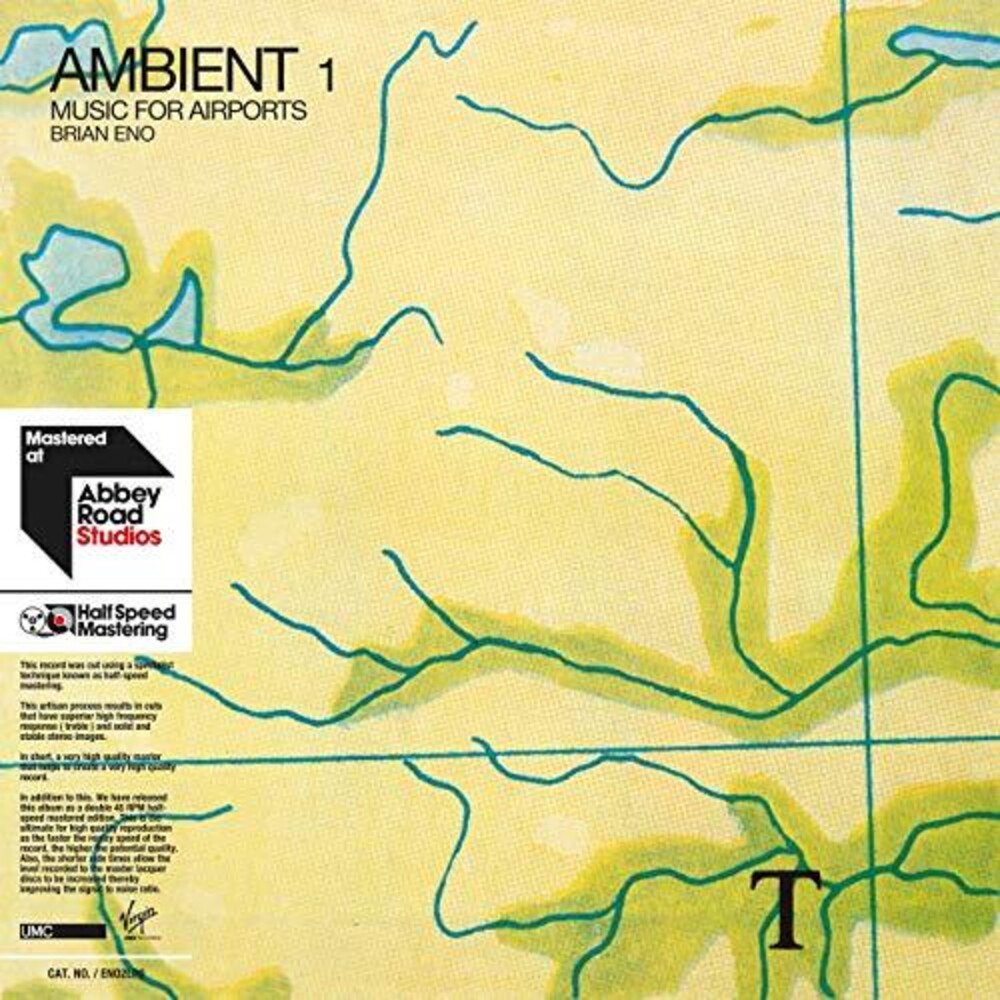 Double 180gm vinyl LP pressing. Ambient 1: Music for Airports is the sixth studio album by Brian Eno, released by Polydor Records in 1978. The album consists of four compositions created by layering tape loops of differing lengths, and was designed to be continuously looped as a sound installation, with the intent of defusing the tense, anxious atmosphere of an airport terminal. Music for Airports was the first of four albums released in Eno's Ambient series, a term which he coined to describe music "as ignorable as it is interesting" that would "induce calm and a space to think." Although it is not the earliest entry in the genre, it was the first album ever to be explicitly created under the label "ambient music".