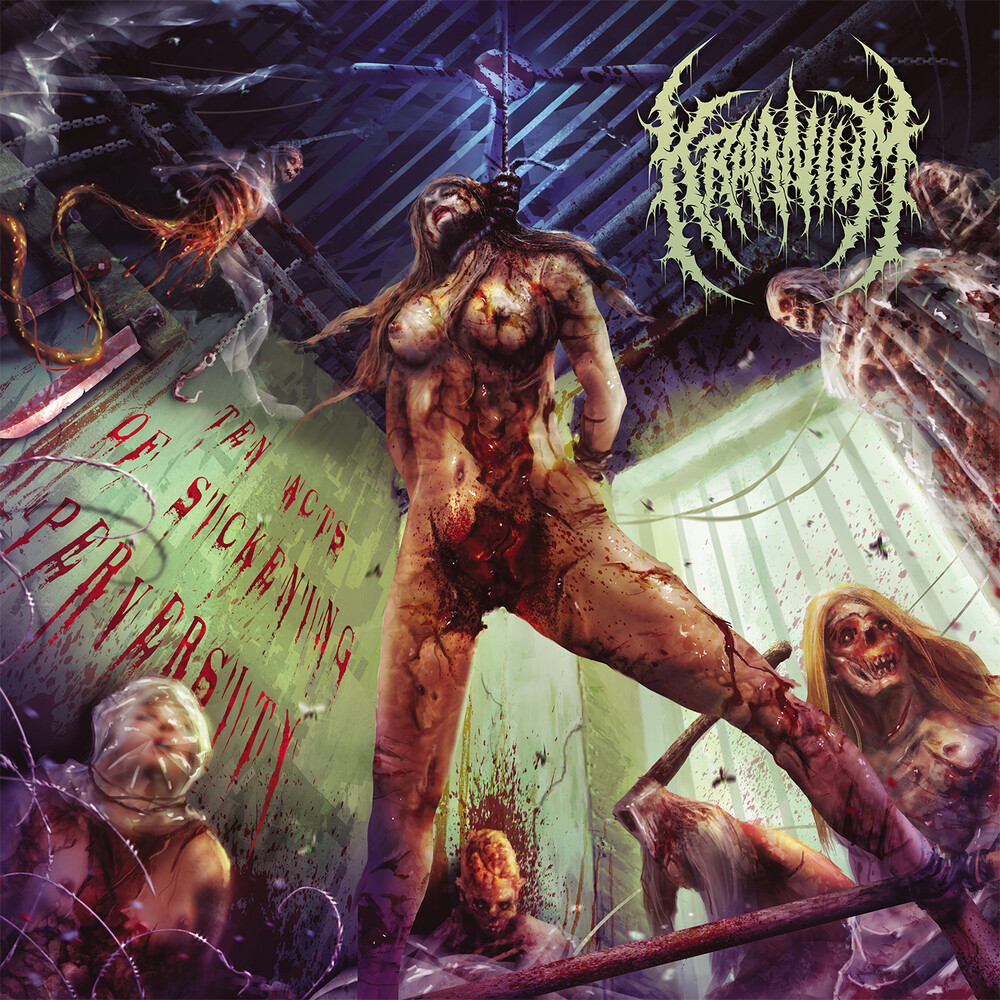 Official Reissue of the Slam Classic, 'Ten Acts of Sickening Perversion'; Debut album by Oslo Based Slam Masters, Kraanium. Originally released in 2008, 'Ten Acts of Sickening Perversion' is once again available with brand new cover art by Andreas Christanetoff of Armaada Art (Atoll, Acranius, Abominable Putridity). It also includes 5 bonus tracks taken from their "Goresoaked Slamassacre" Split with Epicardiectomy and Dormant Carnivore. A "must own", for any Slamming Death enthusiast