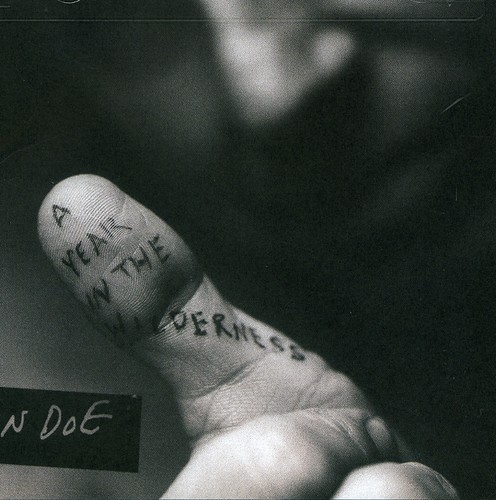 John Doe is back again. As a founding member of punk monoliths X, he seized his rightful place as one of the most influential musicians in American alternative music in the 1980s, clearing a path for the revolution in that genre that would take place a decade later. Since launching his solo career in 1990 with the dusty road-poetry of MEET JOHN DOE, John has produced six stunning roots tock albums of frightening honesty and vision. A YEAR IN THE WILDERNESS is no exception. Guest stars appearing on a YEAR IN THE WILDERNESS include Dave Alvin, Jill Sobule, Kathleen Edwards, Dan Auerbach, Greg Leisz and Aimee Mann.

Purists will say that the only female voice that should accompany John Doe's is Exene Cervenka's. But since X is playing shows again, we guess it's OK that A Year in the Wilderness features the voices of Aimee Mann, Jill Sobule and Kathleen Edwards. Doe has said that recording in the winter "makes you want to close down and pull inside," and Wilderness is reported to be darker and more stripped-down than any of his previous solo LPs.