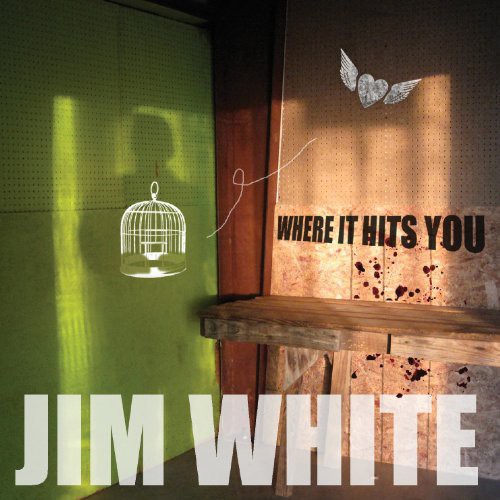 Where It Hits You
Artist: Jim White
Format: Vinyl
New: Not in Stock
Wish

U.S. double vinyl LP pressing. 2012 album from the Alt-Country singer/songwriter, an album written for and about his wife, who left him half-way through the recording of the album. As is often the case with cathartic upheaval, sometimes tribulation forces buried treasure to the surface. This holds true with Where It Hits You, as rich and diverse a record as Jim has ever produced. From the brooding dreamlike opener, 'Chase the Dark Away,' to the wild eyed stomp of 'Here We Go,' to the Beefheartesque 'Infinite Mind,' to the Harvest-era Neil Young ringer 'My Brother's Keeper,' Where It Hits You finds Jim in full musical stride, effortlessly blending genres and approaches in ways that sometimes boggle the mind. But as White's work has shown over the arc of his career, despite the experimental extremes he recklessly embraces, there's always a cohesive, singular identity that holds the divergent influences together.