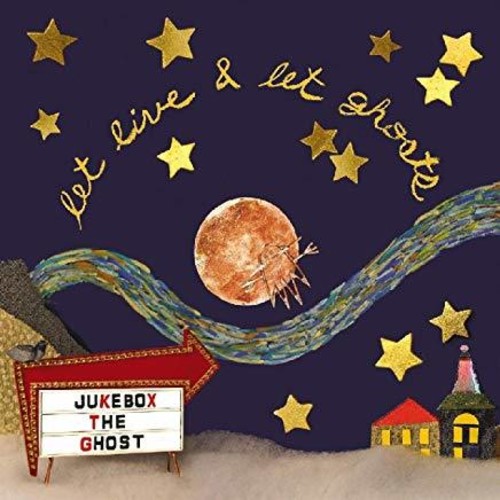 Limited colored vinyl LP pressing. Jukebox the Ghost were just seniors in college when they issued their 2008 debut album, Let Live & Let Ghosts. Upon release, it received instant acclaim from publications like Consequence of Sound and the Washington Post, with the former praising how the album "evokes both the musicality and lyrical richness of a band that is not only immensely talented, but who also get it." For the ten-year anniversary of Let Live & Let Ghosts, Yep Roc is giving the album the deluxe treatment. Remastered and pressed on colored vinyl with a band poster, the LP also includes a digital download code for the full remastered album along with a download of unreleased session tracks recorded by the band!