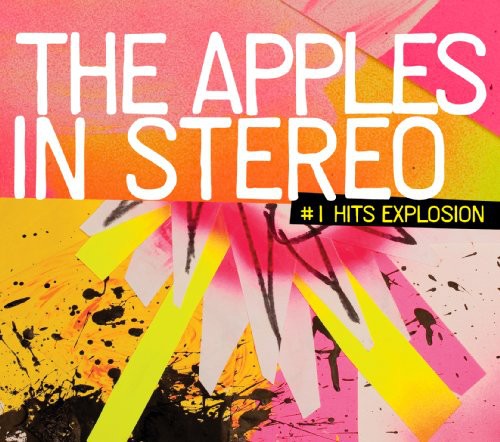 The shiny pop centerpiece of the famed Elephant 6 collective, The Apples In Stereo was born of Robert Schneider's infatuation with recording and his near-pathological compulsion to write the perfect Pop song. Citing Pet Sounds-era Beach Boys as their root text a decade before it was en vogue, Schneider and former and future band members used their basement-D.I.Y. beginnings as a launching pad into a kaleidoscopic galaxy of sound. Constantly mutating from debut album Fun Trick Noisemaker through recent opus New Magnetic Wonder, that galaxy has expanded from 4-track recordings made in Schneider's bedroom to 100-track sonic experiments complete with new musical scales. Collecting the Apples' most well-known songs, #1 Hits Explosion reminds us that Pop music is the art of the song, the art of sounds assembled in a pattern designed to give joy. For over fifteen years The Apples In Stereo have taught us that three minutes can change your life. #1 Hits Explosion will make sure we don't forget it.