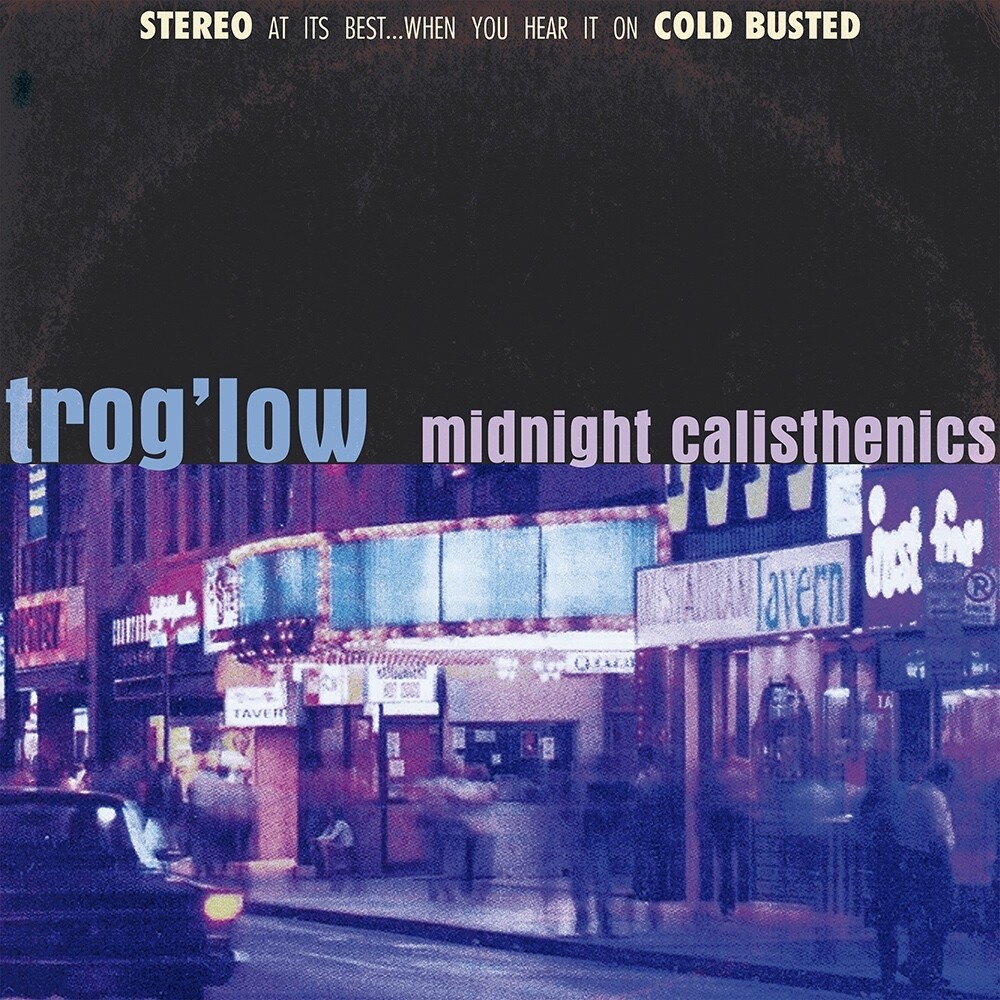 Cold Busted has reached into the funky depths to discover trog'low and his fantastic new album Midnight Calisthenics. Based in Toronto, trog'low has previously appeared on Cold Busted's IWYMI series as well as his well-received debut album Mellow Feats. He's gained attention with a deft combination of the old timey and fresh aesthetics, as boom-bap beats and deep jazz intermingle. Trog'low's refusal to follow production fads and trends gives his music a classic, timeless feel - with Midnight Calisthenics, he's delivered an album that'll linger.  The opening "Soul Vibes Summit" sets the scene. The time-warped sounds of an audience applauding a jazz combo are joined by phat old school rhythms and delicious vibraphone riffs. "Ballin' '72" keeps up the crucial jazz vibe, adding hardy horns and cool guitar chords. A sublime bossa nova feel is injected into "Hepcats In Heat," imagining a surf-side retreat with classy jazzbos sipping martinis. And "Ossanha Flip" adds loungey latin elements, it's low-slung groove and chopped piano ready to accompany sexy moves. That's just a taste what Midnight Calisthenics has to offer within it's 14 tracks.