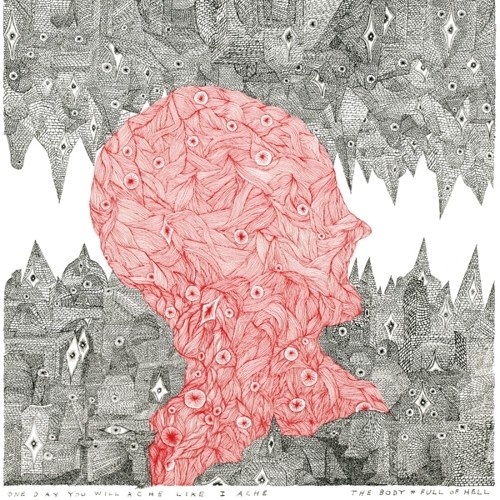 One Day You Will Ache Like I Ache
Artist: The Body
Format: CD
New: Not in Stock
Wish

2016 collaboration between The Body and Full Of Hell. Since their inception in 1999, massively prolific Arkansas band The Body has refined an uncategorized and unmatched sound. The duo writes and acts as one-a deafening wail against a failing species. Full of Hell was formed in 2009 in Ocean City, Maryland. With a similar ethos, the band is prolific and relentless, ever challenging themselves, channeling influences from across the spectrum of extreme music into a nihilistic wall of oppressive sound. Both acts are unstoppable tour machines, and in 2015 joined forces for a massive North American campaign. Recorded amidst the chaos at Machines With Magnets in Providence, Rhode Island, One Day You Will Ache Like I Ache is the debut collaborative work by the two likeminded artists.