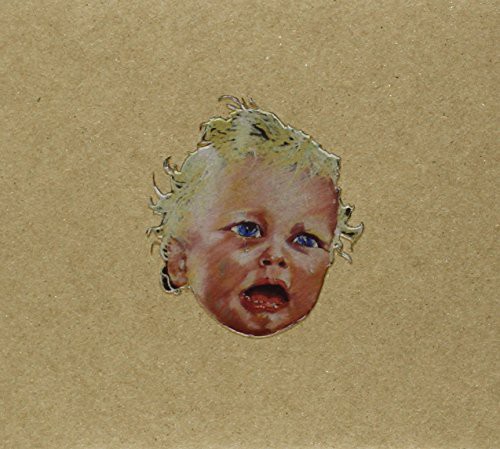 To Be Kind
Artist: Swans
Format: CD
New: Not in Stock
Wish

Let no one say Michael Gira doesn't have something to say and the will to say it: 2014's To Be Kind is the third album from the Swans since he reassembled the band in 2010, and it's his second album in a row that spans two discs and runs over two hours. Gira likes to work on a large musical canvas, and he gives himself all the room he needs on To Be Kind -- "Bring the Sun/Toussaint L'Ouverture" alone is the length of an ordinary album at a shade over 34 minutes.

Gira's vision is a bit less dark in the 21st century than it was during the Swans' first run in the '80s and '90s, with fewer lyrical images of rage and torment, but he's no less intense as he barks and howls his lyrics of life in a fallen world, and his music is every bit as physically powerful and challenging. As is the Swans' custom, the pieces on To Be Kind are built around repetitive rhythm patterns, with dynamics taking them from an ominous whisper to an unholy roar and back again, and the sheer physical impact of this music (and the stamina that must have been required to perform it) is remarkable, especially on the four cuts besides "Bring the Sun" that crack the ten-minute mark. Gira's music is minimalist at its core, but it's never simple or without imagination, and the waves of furious noise, found audio, and percussive hail are orchestrated with the exacting vision of a man who takes that vision very seriously. Gira's accompanists on To Be Kind include longtime guitarists Norman Westberg and Christoph Hahn, as well as bassist Christopher Pravdica and percussionists Phil Puleo, Thor Harris, and Bill Rieflin, and when they come together they sound like some sort of orchestra, huge, passionate, and crammed with sonic detail. And the closing numbers on each disc -- "Some Things We Do" and "To Be Kind" -- try to offer a glimmer of light at the end of the tunnel, as some vague signs of warmth and caring bubble up from the bottom of the black sea. The world of the Swans is a place where joy doesn't visit very often, but it's not as monochromatic as one might imagine, and the craft and vision behind this music is often stunning; Michael Gira is a man unafraid to follow his muse wherever it may take him, and To Be Kind is another example of his singular vision writ large without compromise.