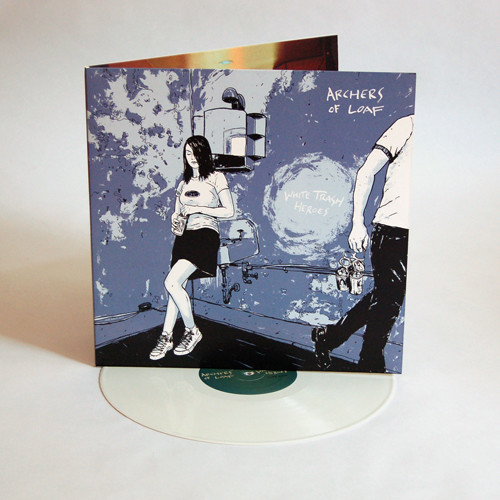 Archers of LoafÂ almost called it quits afterÂ All the Nations AirportsÂ due to the strain of touring and the rut of the album cycle (i.e., make record, make video, do interviews, tour, tour, tour; repeat) but decided they would make one more album and see how they felt after that process. They again enlisted the help of Brian Paulson to record the album that became White Trash Heroes. On this album the band added keyboards to several songs as well as vocoder, and debuted the lead vocals of Matt Gentling on the track "I.N.S." "Banging on a Dead Drum" found all the members swapping instruments and some of the worst cowbell ever attempted. The band pulled out all the stops to keep it's members engaged, but unfortunately, it wasn't enough and the band decided to make the fall tour of 1998 it's final outing.