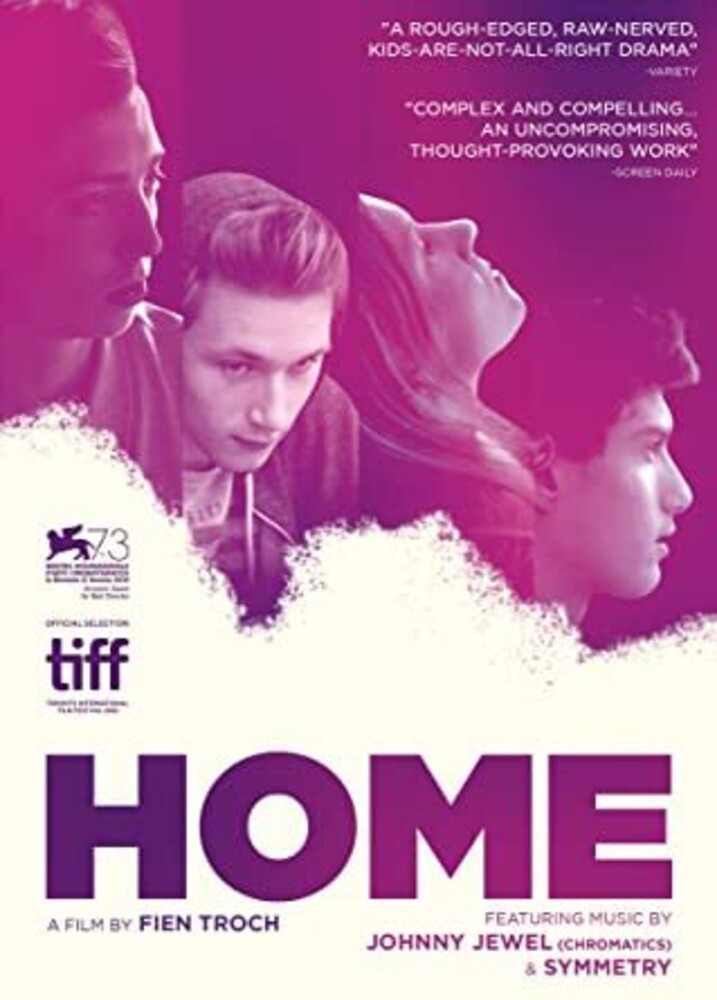 After 17-year-old Kevin is released from prison for violent behavior he goes to live with his aunt and her family including Sammy, his cousin. While apprenticing as a plumber he starts to integrate with Sammy's group of friends who are still in high school. Like all teenagers, they just want to party and ignore any responsibilities, but one of them is hiding a problem at home that will put the entire group in jeopardy. Featuring a gorgeous soundtrack by Johnny Jewel (Chromatics) and hailed by Variety as a "rough-edged, raw-nerved, kids-are-not-all-right drama", HOME is the latest feature film by up-and-coming director Fien Troch who delivers her own vision of teenage angst.