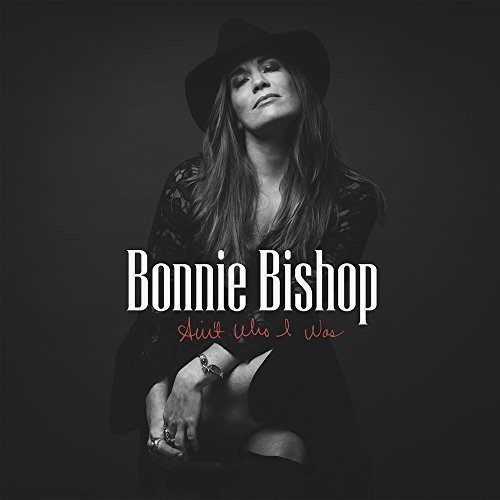 Ain't Who I Was [Vinyl]
Artist: Bonnie Bishop
Format: Vinyl
New: Not in Stock
Wish

Bonnie Bishop - Ain't Who I Was - Grammy-winning Bonnie Bishop will deliver her sixth album, 'Ain't Who I Was,' on May 27th (Thirty Tigers/RED). Produced by Dave Cobb (Chris Stapleton, Sturgill Simpson, Jason Isbell), the album features 10 new recordings, including six songs co-written by Bishop. "The fact that this album is done is nothing short of a miracle," says the radiant 5'10 brunette with her 1,000-watt smile. "Ain't Who I Was" is the result of me letting go of the dream that I'd built my whole life around: Music. "I was at a show at 3rd & Lindsley one night two weeks before my 35th birthday. I'd been on the road making music for thirteen years and I was still barely scraping by. I had no agent, no manager, and no prospects. The stress of all those years of doing it on my own had started to take it's toll and I felt an overwhelming sense of defeat. Then something just snapped. I felt like I was losing my mind. I ended up in the hospital that night after suffering from what the doctor said was a panic attack. He recommended I take some time off, so I went home, packed up my apartment and my cat and drove home to Texas the very next day. "I had spent a year-and-a-half killing my dream so when Dave Cobb said he wanted to make a record on me I was terrified. But I'd never had an opportunity to work with someone of his caliber, so I said 'yes,' in spite of my fears." 'Ain't Who I Was' is her most transparent album to date. Armed with songs from her years-deep catalog, she approached the recording process with the innocence, hope and trepidation of a new artist, but with Dave Cobb at her side. "You can hear Bonnie's soul and heart in every note she sings," says Cobb. "That's what attracted me to Bonnie; the honesty and humility in her songwriting."