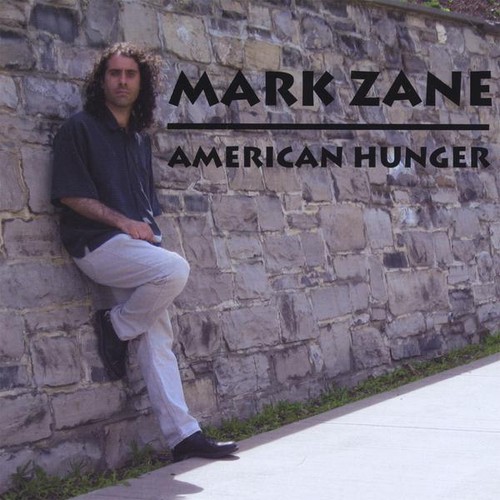 Combining the songwriting style of Bruce Springsteen with the direct lyricism of Steve Earle and Warren Zevon, and the social consciousness of Neil Young, Mark has developed a unique style that only a musical sociology professor can. Mark Zane was born and raised in the small rust belt city of Utica, NY and now calls it's larger neighbor to the west, Syracuse, home. The grit of life in crumbling industrial cities can be heard in some of the songs that appear on Mark's debut CD titled American Hunger, which features an exciting blend of Folk, Rock, and even a little Country thrown into these 12 original songs. Along with writing and performing music, Mark is also an Associate Professor of Sociology at Onondaga Community College in Syracuse whose songs often incorporate sociological themes and concepts. In the tradition of Woody Guthrie, Bob Dylan, Bruce Springsteen, Warren Zevon, Steve Earle and others, Mark's original songs analyze American life through a sympathetic, yet sometimes, critical eye. He also writes and performs autobiographically inspired songs about love and aspirations, and everyday occurrences, as well as throws in periodic cover songs from some of his favorite artists. Mark has been performing as a solo artist and sometimes with additional musicians in Central and Western New York cafes, bars, and colleges, as well as private functions, and is interested in expanding his locations. The music for American Hunger was recorded in Syracuse at W. Chernoff Productions under the leadership of Bill Chernoff. In addition to writing all the album's songs, Mark performed acoustic and electric guitars, bass, and some percussion, as well as co-produced the CD along with Bill.