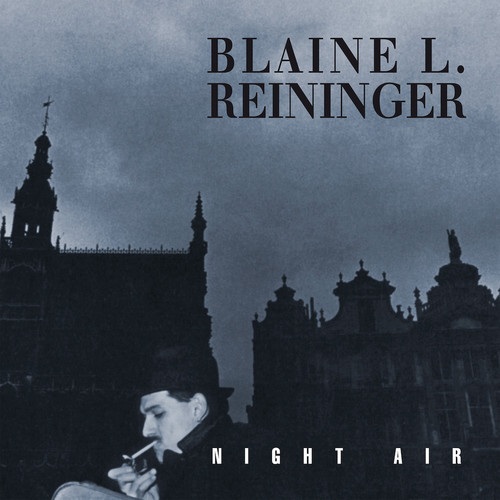 Digitally remastered and expanded two CD edition of the classic album from Tuxedomoon member Blaine L. Reininger, originally issued by Crepuscule in 1984. Night Air was recorded in Brussels in 1983, shortly after Reininger left Tuxedomoon, in collaboration with former Sleepers guitarist Michael Belfer. Other guests include Steven Brown and Winston Tong of Tuxedomoon, and Marc Hollander of Aksak Maboul. The final mix was supervised by Gareth Jones, famed for his work with Depeche Mode, Einsturzende Neubauten and Wire. The part-instrumental album offers a sequence of bittersweet expatriate vignettes. The 10 core tracks on Night Air include popular single 'Mystery and Confusion, as well as 'Birthday Song' (originally performed by Tuxedomoon), the elegiac 'Ash and Bone', and the exquisite baroque pop of 'A CafĂ© au Lait for Mr XYZPTLK.' The six bonus tracks on Disc 1 include 'Windy Outside' (a collaboration with Mikel Rouse), 'The Sea Wall' (performed with Durutti Column) and two versions of 'Crash', written by Reininger and Belfer in 1980 for Tuxedomoon, and subsequently remixed by The Residents. Disc Two preserves a previously unreleased live recording from Bologna, Italy, on 19 March 1984. Billed as the Spiny Doughboys Review, the 14 song set includes songs from Night Air and Broken Fingers.