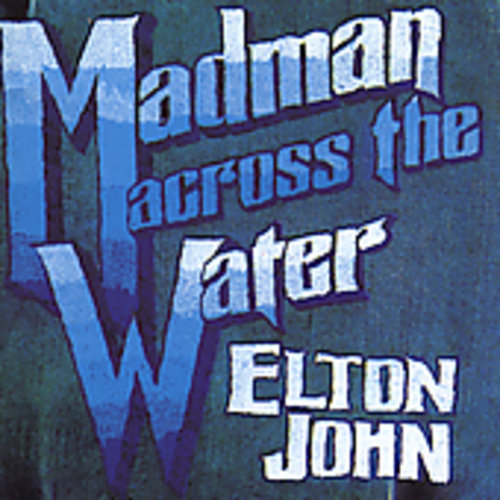 ''Madman Across the Water'' is the fourth studio album by British singer/songwriter Elton John, released in 1971. The title song, "Madman Across the Water", was set to be released on Elton John's previous album ''Tumbleweed Connection''. However, it was set aside and would eventually be re-recorded and serve as the title track of this album. Previous versions of the song (from the ''Tumbleweed'' sessions with Mick Ronson on guitar) can still be found, specifically on the remastered ''Tumbleweed Connection'' CD. When it was released in 'The Classic Years' collection, it was the first album not to feature any bonus tracks. One known track recorded at the time, "Rock Me When He's Gone", was released on "Rare Masters" a few years before. The song was written for and recorded by one of John's long-time friends, Long John Baldry. This was the first album in which Davey Johnstone played guitar for Elton, a role that would continue for many years and decades to come. John, Johnstone, Dee Murray and Nigel Olsson, who would be the main musicians on Elton's next album ("Honky Chateau"), would soon join with percussionist Ray Cooper and form the best-known lineup of Elton's well known mid-'70s band.

The album cover for Madman Across the Water was embroidered over two weeks by Janis Larkham, wife of the album art director David Larkham. She used the back of an old Levi's jacket, and the original was gifted to Elton himself. Contrary to rumors, there was no initial run of very expensive album covers with similar embroidery, nor embossed versions; it was just flat printed, though it did include a lavish booklet. Janis chose to credit herself as "Yanis" for this artwork.