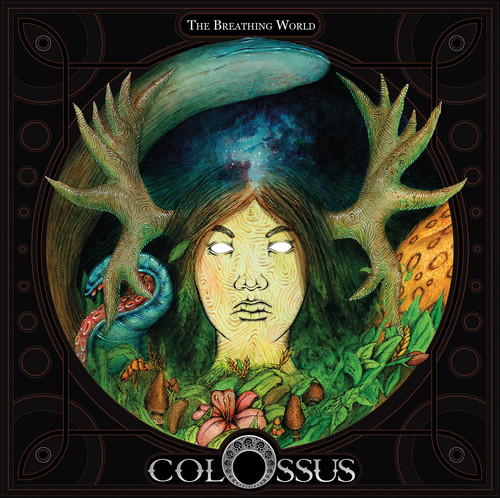 2015 album from the Stockholm sludge trio. On the Breathing World, Colossus delivers a technical yet catchy groove with equal parts brains and heart. With their headstrong, playful and completely uncompromising music, the band have created their own personal path through the heavier rock terrain and won over the underground and critics alike. The band follows their past success with their most ambitious and personal release yet in the Breathing World. Recorded in Big Island Sounds together with producer Tom van Heesch (Rammstein, Michael Monroe, Backyard Babies) the album takes off where Wake ended and follows the protagonists crooked journey to clarity in a surreal and mysterious but deeply human world. With a heavier production, more experimentation and esoteric song structures the band sounds more confident than ever before and delivers a mature and coherent piece that will captivate old fans and attract many new listeners.