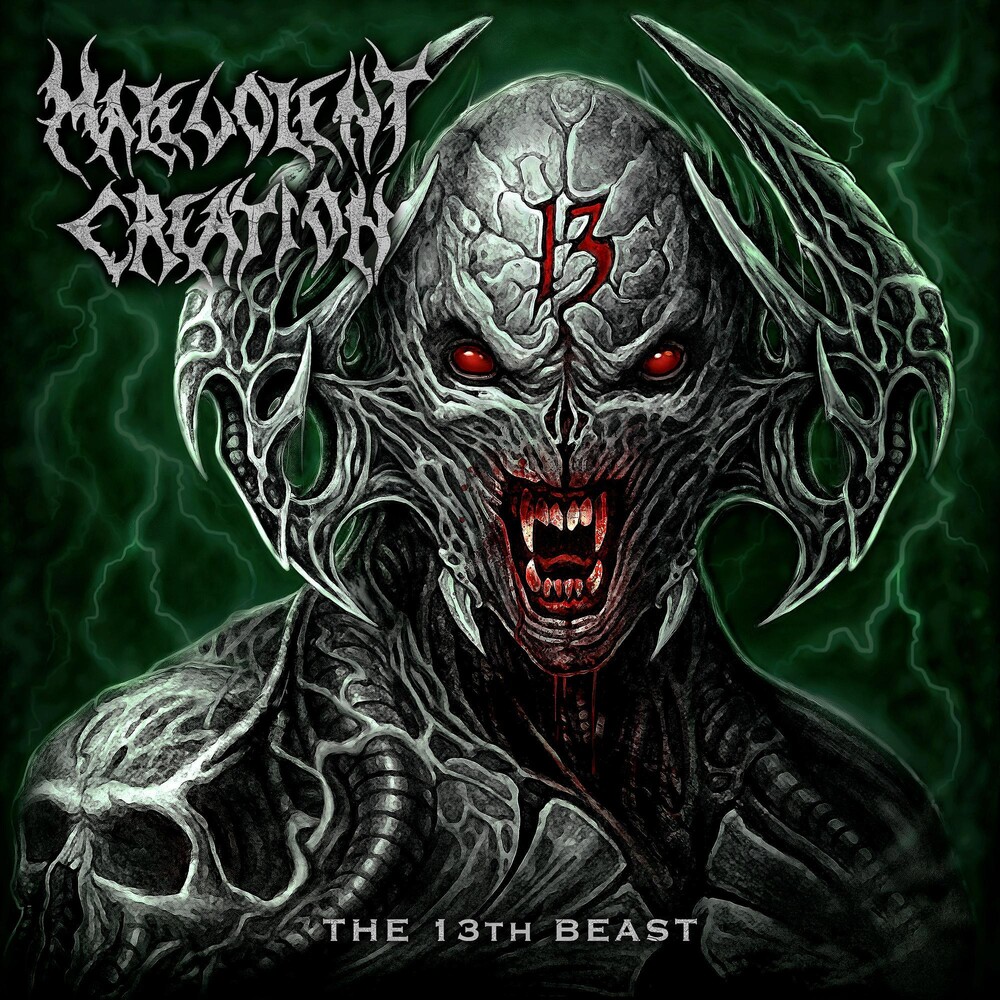 Vinyl LP pressing. Long-running and highly influential extreme metal group Malevolent Creation - whose trio of albums released by Roadrunner in the early-90s helped pioneer the "Florida Death Metal" sound - release The 13th Beast, the group's first since the passing of original vocalist Bret Hoffman. Musically it expands upon 2015's Dead Man's Path yet also incorporates a brutality known from albums such as The Will To Kill and Eternal, which is further accentuated by new vocalist/guitarist Lee Wollenschlaeger's (Throne of Nails, Imperial Empire) understandable yet deeper vocal tone and songwriting contributions. As with Dead Man's Path, the record features artwork by German Latorres and was mixed and mastered by Dan SwanĂ¶ (Aspyhx, Marduk, Incantation) at Unisound. In addition to Wollenschlager, The 13th Beast also marks the recording debuts of bassist Josh Gibbs (Thrash Or Die, Solstice) and drummer Phil Cancilla (Bits of Gore, Primitive Brutality, Misericordiam), who join founding guitarist Phil Fasciana on the 11-track tour de force.