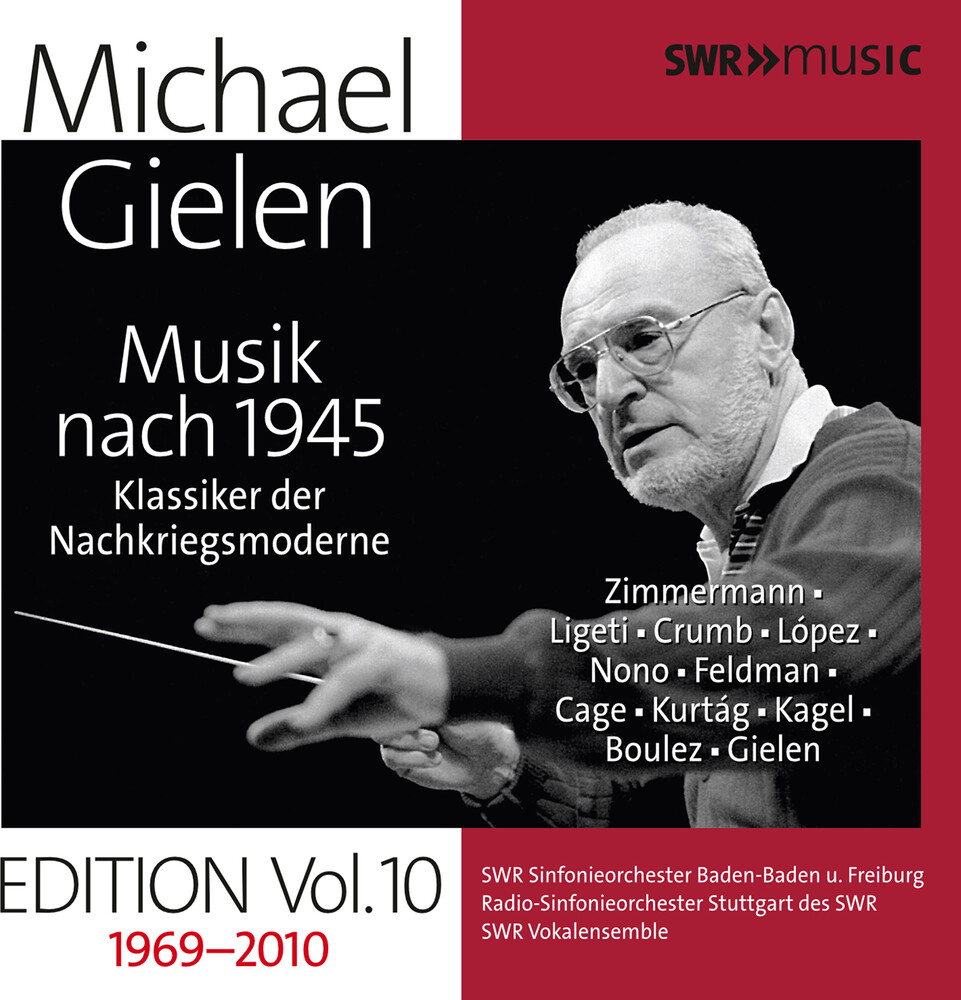 In 2016, SWR Music launched the Michael Gielen Edition, charting the long and distinguished career of the German-Austrian conductor and composer who died in 2019. This tenth instalment contains over seven hours of music written after 1945 and includes several premiere recordings. The volume begins with Bernd Alois Zimmermann's Requiem for a Young Poet, a harrowing portrayal of the 20th century, and continues with Ligeti's Requiem, George Crumb's Star-Child, and works by Nono, Feldman, Kurtág, Kagel, Boulez and Cage. Gielen championed composers he believed in; with this final instalment listeners can experience some of the most extraordinary music of the 20th century.